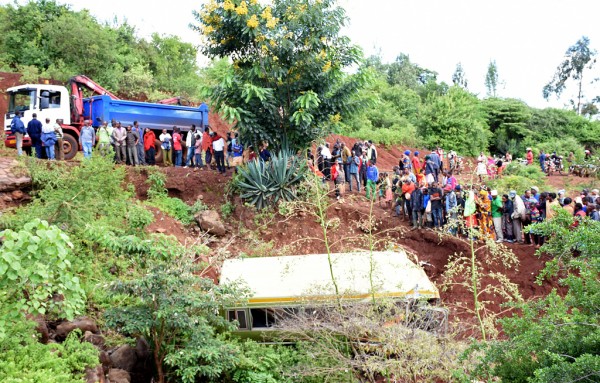 
At least 35 people were killed Saturday when a bus carrying students and teachers in Tanzania crashed, according to local police.

Arusha Region Police Commander Charles Mkumbo also said that four others were injured in the accident in Karatu. 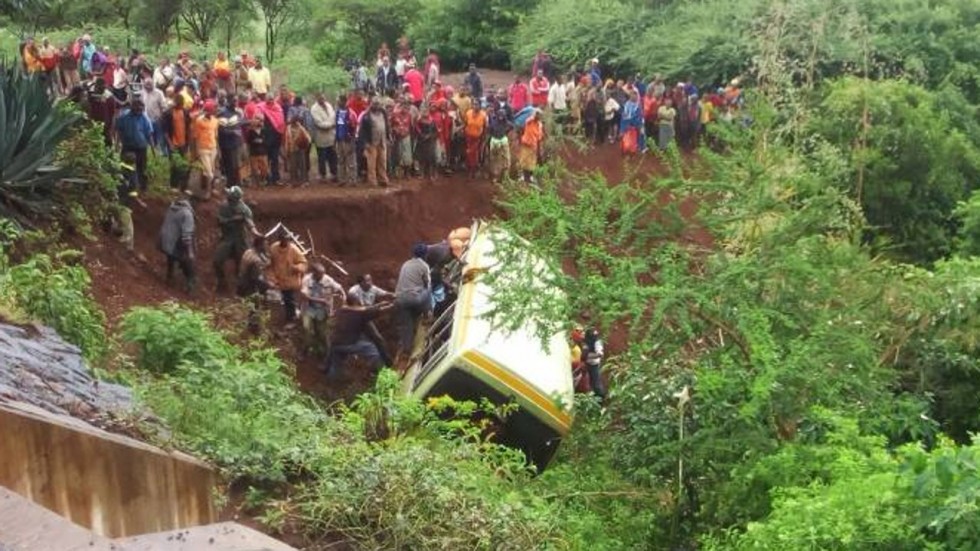 The site of the school bus accident in Marera gorge. Photo: Xinhua

The bus was carrying students and teachers from Lucky Vincent Primary School in Arusha to take an examination on Saturday.

Innocent Mushi, the director of the school, said 12 boys and 17 girls were among those killed.

“We lost 29 students and two of our staff, and the driver died too,” he said, as reported by the French Press Agency.

Police said authorities are still trying to recover bodies from the bus, which is stuck in trees where it crashed.

The accident happened early on Saturday when the bus went off the road and into the Marera river gorge in Karatu district.
The final year primary pupils – commonly aged between 12 and 14 years old – were on their way to sit mock examinations ahead of seeking places at secondary school.

President John Magufuli sent his condolences to the families of the dead.
“This accident extinguishes the dreams of these children who were preparing to serve the nation, it is an immense pain for the families involved and for the whole nation,” Magufuli said in a statement.