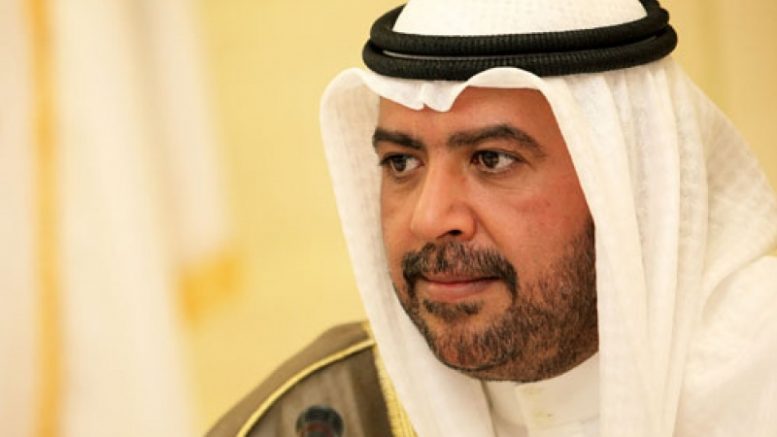 
Fifa Council member Sheikh Ahmad Al-Fahad Al-Sabah of Kuwait is resigning from his roles under pressure from allegations in an American federal court that he bribed Asian officials.
Sheikh Ahmad said on Sunday he will withdraw from a May 8 election in Bahrain for the Fifa seat representing Asia which he currently holds.
“I do not want these allegations to create divisions or distract attention from the upcoming AFC (Asian Football Confederation) and Fifa Congresses,” said the Kuwaiti royal, who denies any wrongdoing.

“Therefore, after careful consideration, I have decided it is in the best interests of Fifa and the AFC, for me to withdraw my candidacy for the FIFA Council and resign from my current football positions.”

The long-time Olympic Council of Asia president contacted the ethics panels of Fifa and the International Olympic Committee (IOC) after the allegations were made in Brooklyn federal courthouse on Thursday.
Fifa audit committee member Richard Lai, an American citizen from Guam, pleaded guilty to wire fraud conspiracy charges related to taking around $1 million in bribes, including from Kuwaiti officials. The cash was to buy influence and help recruit other Asian officials prepared to take bribes, Lai said in court.

Sheikh Ahmad resigned his candidacy ahead of a Fifa panel deciding whether to remove him on ethical grounds.

The Fifa Review Committee, which rules on the integrity of people seeking senior Fifa positions, has been studying the Sheikh Ahmad’s candidacy since the allegations emerged.

The Fifa ethics committee is making a separate assessment of whether to provisionally suspend the sheikh, a long-time leader of Kuwait’s soccer federation who was elected to Fifa’s ruling committee in 2015.
Resigning from his positions does not necessarily put Sheikh Ahmad out of reach of Fifa ethics prosecutors and judges if any action was taken.

In 2012, former FIFA presidential candidate Mohamed bin Hammam of Qatar was banned for life by the ethics committee days after he resigned.
Bin Hammam was also clearly identified in Lai’s court hearing for having paid Lai a total of $100,000 in bribes to support the Qatari’s failed challenge to Fifa’s then-president Sepp Blatter in 2011.

Bin Hammam was removed from that election contest in a Caribbean bribery case.
Sheikh Ahmad has also contacted the IOC’s ethics commission about the allegations against him, the IOC said on Saturday.
– Associated Press