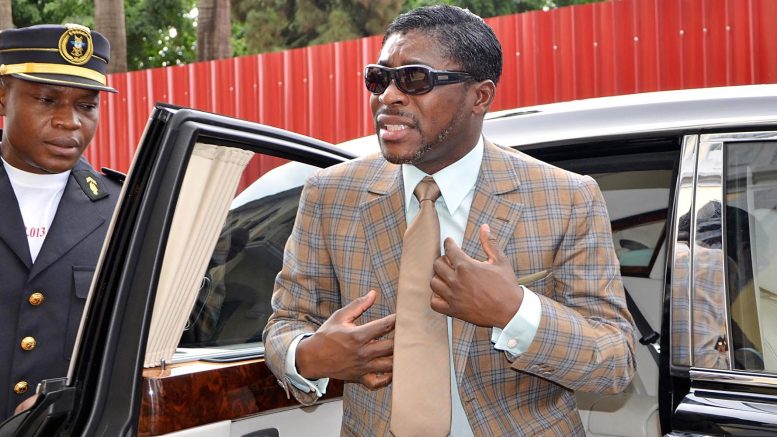 
A French court on Wednesday postponed the corruption trial of the son of Equatorial Guinea’s president until June 19, bringing proceedings to a halt two days after they had begun.

Teodoro Nguema Obiang Mangue had gone to trial in absentia in France on money laundering and corruption charges. Obiang, who is also the country’s vice-president, is accused of looting oil-rich state’s funds and spending lavishly acquiring luxury cars and mansions across Europe.

The lawyer for Teodorin Obiang had asked for the hearing to be suspended on the grounds that his client, who was summoned to trial three weeks ago, had not been given enough time to prepare his defense in a complex case.

Obiang has not appeared in France to answer the charges of laundering embezzled public funds, which expose him to a sentence of 10 years in jail and big fines if convicted.


The case is the first of several to reach court in a broader judicial investigation into allegations of illicit acquisitions in France by long-time leaders and family relatives in several African countries including Gabon and Congo Republic.

Other European countries have clamped down on Obiang’s questionable spending. Last November, 11 of Obiang’s luxury cars, including a $2.8 million Koenigegg One, and a $2 million Bugatti Veyron, were seized in Switzerland while Dutch authorities seized Ebony Shine, a $120 million 76-meter luxury yacht, said to belong to Obiang, writes Quartz Africa.

The small country off the west African coast struck oil in 1995 but world bank data shows that most of its population still lives in poverty. 2013 estimates pegged the country’s poverty rate at 60%. Equatorial Guinea’s wealth earnings and poverty rate paradox means the country has the world’s largest gap between per capita wealth and human development score.

President, Teodoro Obiang Nguema has been in power for 37 years and is Africa’s longest serving leader. He seized power in 1979 and promoted his son to the post of vice-president in 2012.