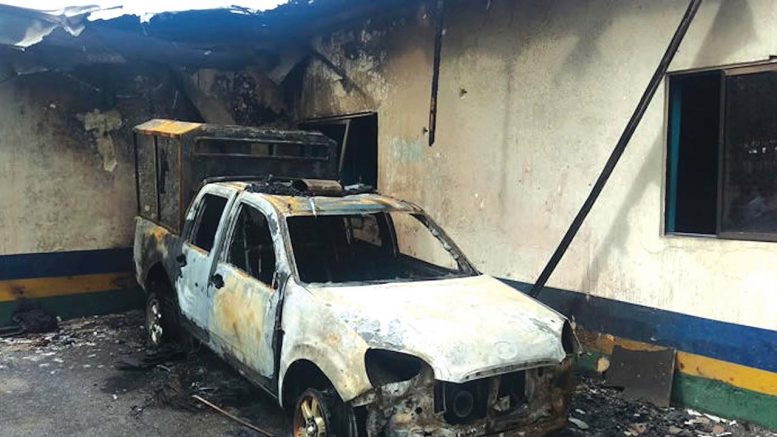 
Governor Ben Ayade on Wednesday hastily convened a meeting with representatives of the Nigerian Navy and police to address a deadly clash between the two security agencies which left at least three police officers dead on Tuesday.

Two police officers and a naval officer who were injured in the clash were recuperating at different medical facilities in Calabar, the Cross River State capital where the incident occurred.

The clash was sparked by a disagreement between a police traffic officer and a naval officer at a traffic light in Akim neighborhood, downtown Calabar, around 4:00 p.m.

By 8:00 p.m., it had developed into a deadly riot, with suspected naval officers attacking a police divisional headquarters, killing three and injuring others after setting the facility alight.

At the emergency meeting, Mr. Ayade confirmed that the violence had been neutralized by Wednesday morning, condoled with the two agencies, and promised adequate compensation for victims.

“I want to assure” Cross River residents, “and indeed Nigerians, that the whole area is calm after the unfortunate incident,” Mr. Ayade told reporters after emerging from the meeting.

“Let me assure you that the culprits will be brought to book, properly investigated and appropriate sanctions meted on them,” Mr. Jubril, a commodore, said.

Hafiz Inuwa, the commissioner of police in Cross Rivers, said the development, though unfortunate, would not affect Navy-police relationship going forward.
– Samuel Ogundipe I Premium Times