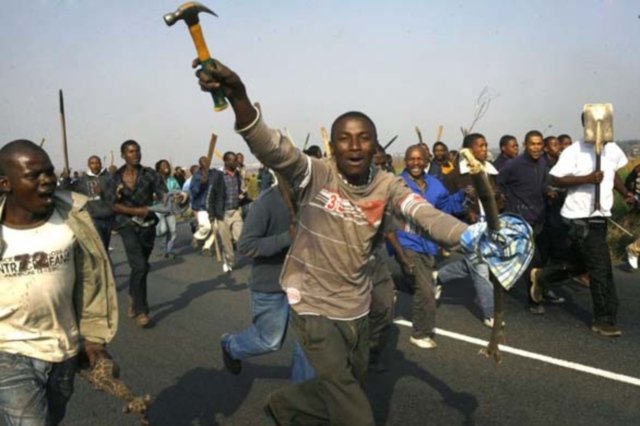 
A total 116 Nigerians have been killed in South Africa through extrajudicial means in the last two years, the Senior Special Assistant to the President on Foreign Affairs and Diaspora, Abike Dabiri-Erewa has disclosed.

Nearly seven in 10 of the killings were carried out by the South African police.

The presidential aide disclosed this Tuesday when she met with the South African High Commissioner to Nigeria, Lulu Louis Mnguni in Abuja.

The latest killing of a Nigerian in South Africa occurred in December 2016 when Metropolitan Police in Cape Town suffocated Victor Nnadi, a native of Imo State, to death.

“In the last two years, 116 Nigerians have been killed in South Africa and according to statistics, 63% of them were killed by the police,” Dabiri-Erewa said.

She expressed worry over the criminalization of Nigerian migrants in South Africa.

She said though some Nigerians may commit offence and deserve to be punished in line with the law, but the extra judicial killings were worrisome.


She urged the South African authority to ensure the killings are thoroughly investigated and justice done.

“We should do more with our business relationships. And hopefully take over not just the African continent but also the world,” she said.

In his remarks, the High Commissioner assured, “We hope to sit down together and reflect on the matter and find a lasting solution to the killings,” the envoy said.

He also apologised to Nigerians who have lost their loved ones due to the killings in South Africa.