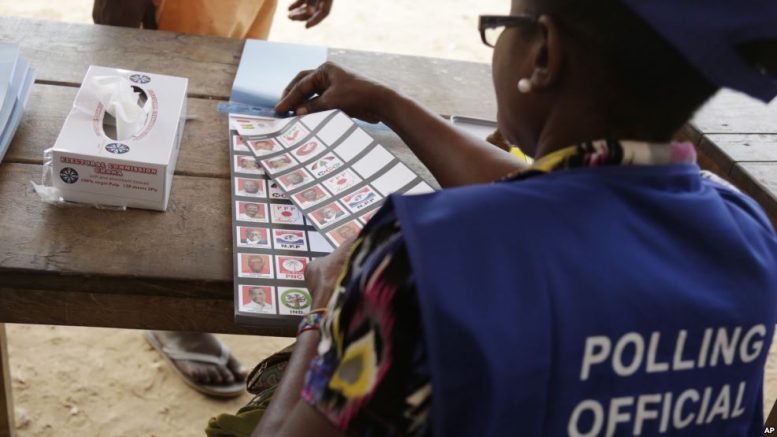 
Voters in Ghana are awaiting official results from Wednesday’s election to choose the country’s next president and parliament.

Ghana’s electoral commission is releasing provisional results from the presidential poll one constituency at a time over Twitter on Thursday. The commission said in a statement it is not deliberately delaying release of the results, but is using a multiple-stage verification process to ensure all the vote counts are valid.

Update: As at now, we have received 25 Constituency Collated results at the National Collation Centre #ghanaelection2016 #ghanadecides pic.twitter.com/IID6G9CjPe

The ruling NDC party said the current president, John Mahama, is doing well across the country, and condemned the NPP’s claim as irresponsible.

Mahama is seeking a second term as leader of the West African country, a major exporter of oil, gold and cocoa.

Akufo-Addo, a former foreign minister, has seized on Ghana’s current economic woes as a campaign theme, accusing Mahama and the NDC of incompetence.
Mahama’s term has been overshadowed by the plunge in global oil prices, which reduced government revenues and contributed to soaring inflation. The government accepted a $918 million bailout from the International Monetary Fund.

Ghana is considered one of the most stable democracies in Africa, having witnessed several peaceful transfers of power since 1992.