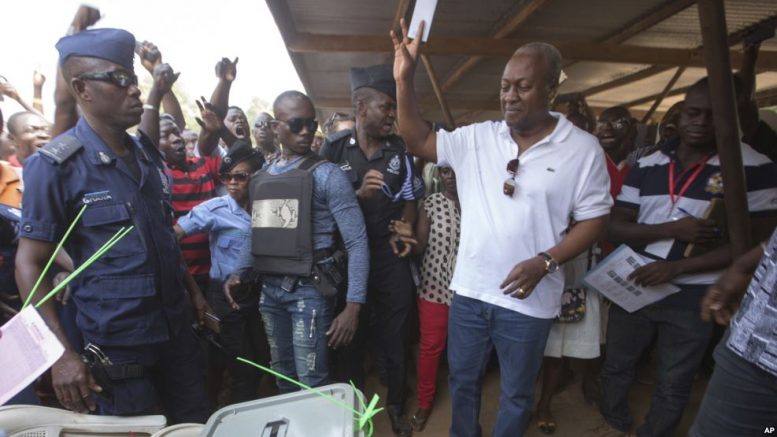 
Vote-counting has begun in the West African nation of Ghana, after polls to choose the country’s next president and parliament.

VOA’s Peter Clottey, reporting from Ghana’s capital of Accra, reports polls closed in Ghana at 5 p.m. local time, although people in line at that hour were allowed to vote. He says the electoral commission postponed voting in one western Ghanaian district (Jaman North) until Thursday, due to an unspecified security threat.

Otherwise, Clottey says, “It has been really quiet … A little bit of competitiveness. Nothing in the way of violence.” 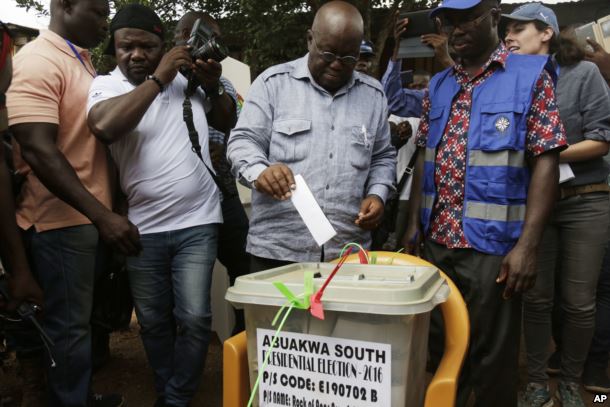 Nana Akufo-Addo, presidential candidate of the opposition New Patriotic Party, cast his vote during the Presidential and parliamentary elections at the Rock of Ages pooling centre in Kibi, eastern Ghana, Dec. 7, 2016

Akufo-Addo, a former foreign minister, has seized on Ghana’s current economic woes as a campaign theme, accusing Mahama and his ruling National Democratic Congress of incompetence.

Ghana is a major exporter of oil, gold and cocoa. But Mahama’s term has been overshadowed by the plunge in global oil prices, which reduced government revenues and contributed to soaring inflation. The government accepted a $918 million bailout from the International Monetary Fund.

The president traveled across the country in the waning days of the campaign to promote a set of new major infrastructure projects he has undertaken.

Ghana has enjoyed a reputation as beacon of democracy on the African continent, but this year’s campaign has been marred by accusations of voter intimidation and concerns about the country’s electoral commission.