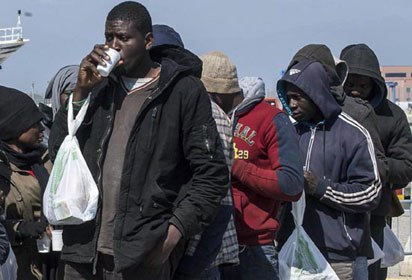 The deportees will be brought into Nigeria tomorrow afternoon through the Murtala Muhammed International Airport (MMIA) in Lagos on a charter aircraft, according to a source close to the Ministry of Foreign Affairs.

The ministry source told SaharaReporters that the deportees who were picked up from different locations in Libya had resided in the North African country for years, adding that most of them entered the country through several illegal routes.

Our correspondent gathered that some of the impending deportees had attempted to cross from Libya to Europe, but they could not accomplish their mission for various reasons.

Upon their return, the deportees are expected to go through immigration processes at the airport while some with criminal records in Libya will be handed over to either the anti-narcotics agency or the Nigeria Police for further prosecution.

It would be recalled that in June, when 162 Nigerians who were stranded in Libya voluntarily returned to Nigeria, the Voluntary Returnee and Integration Consultant with IOM in Lagos, Sara Hamo, in an interview with journalists, disclosed that about 200 other Nigerians would be deported to the country in August.

Ms. Hamo said, “This is the second time in 2016 that we were returning Nigerians back to base. There are more Nigerians still coming, maybe in the next two months [August]. We already have a request from the Nigeria embassy that some of their nationals wanted to return to their country. Those coming would be about 200.”

Also speaking at the event in June, an official of the National Emergency Management Agency (NEMA), Mr. Aliyu Sambo, said the returnees voluntarily returned to Nigeria after they could not get a headway in Libya.
He said the agency, in collaboration with another government agency, would counsel and re-orientate the returnees before re-uniting with their family members.

The returnees were received by various agencies such as the Nigerian Immigration Service (NIS), Nigerian Police, National Agency for Protection and Trafficking in Persons (NAPTIP), and other relevant stakeholders.