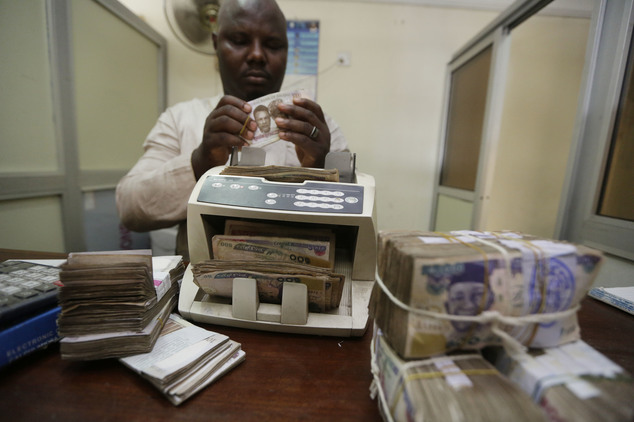 
OSLO — The African Development Bank has called off a loan to Nigeria that would have helped fund the country’s budget, instead redirecting the money to specific projects, a vice president at the lender said on Monday.

The African Development Bank had been in talks with Nigeria for around a year to release the second, $400 million tranches of a $1 billion loan to shore up its budget for 2017, as the government tried to reinvigorate its stagnant economy with heavy spending.

But Nigeria refused to meet the terms of international lenders, which also included the World Bank, to enact various reforms, including allowing its currency, the naira, to float freely on the foreign exchange market.


Rather than loan Nigeria money to fund its budget, the African Development Bank is likely to take at least some of that money and “put it directly into projects,” Amadou Hott, African Development Bank vice president for power, energy, climate change and green growth, told Reuters in an interview during a Nordic-African business conference in Oslo.

Because prices for oil, on which Nigeria’s government relies for about two-thirds of its revenues, have risen and the naira-dollar exchange rate has improved, the country is relying less than expected on external borrowing, Hott said.

No one from the Nigerian finance ministry was immediately available to comment.

Nigeria’s 2017 budget, 7.44 trillion naira, is just one in a series of record budgets that the government has faced obstacles funding, pushing it to seek loans from overseas.

In late 2016, the AfDB agreed to lend Nigeria the first tranche of $600 million out of $1 billion. But negotiations over economic reform later bogged down, blocking attempts to secure the second tranche of $400 million, sources told Reuters then.

“It’s hundreds of millions of dollars, just in one go, that we were supposed to provide in budget support, but we will move into real projects … ” he said.

Earlier this month, the head of Nigeria’s Debt Management Office said the country is still in talks with the World Bank for a $1.6 billion loan, which will help plug part of an expected $7.5 billion deficit for 2017.

The administration is also trying to restructure its debt to move away from high-interest, naira-denominated loans and towards dollar loans, which carry lower rates.
– Reuters