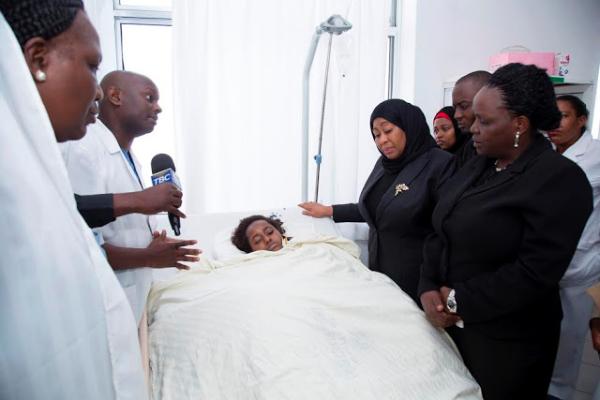 
Arusha — Finally, the only three survivors of last week’s school bus accident that claimed 35 lives were yesterday flown to the United States for specialized medical attention.

The DC 8 plane courtesy of the Samaritan Purse airlifted the school children to Sioux City, Iowa State, according to Singida North Member of Parliament (CCM) Lazaro Nyalandu who coordinated the transfer.

The Lucky Vincent pupils had been admitted to Mount Meru Hospital here since the grisly road accident occurred on May 6.

At the US, the survivors will get further treatment and surgical services under the Mercy Hospitals. Upon landing in North Carolina, the children will be airlifted by an Air-Ambulance from the STEMM organization to Sioux City, in Iowa state where they are to be admitted to Mercy System hospital.

Organized by Siouxland Tanzania Educational and Medical Ministries (STEMM), the DC 8 plane was acquired from the ‘Samaritan Purse,’ an organization run by the family of famous Gospel Preacher, Billy Graham.

The DC 8 Plane flew from the North Carolina airbase on Friday and landed at Kilimanjaro International Airport on Saturday night. The large aircraft features section of adjusted bunkers to support the badly injured pupils.

The three pupils who are on their way to the United States include Doreen Mshana aged 13, from Olasiti area, Sadia Ismail Awadh aged 11 and Wilson Geoffrey Tarimo (11), both residents of Kwa-Mrombo.

They are accompanied by their respective mothers, a Surgeon from Mount Meru Hospital, Dr. Elias Mashalla and a medical attendant, Simphorosa Silalye.

When the accident occurred at Rhotia Hill on May 6, the foreign doctors led by Dr. Steve Meyer, on their way from Ngorongoro, were the first to arrive at the scene of the crash and helped to rescue the victims.

They later offered to refer the kids to advanced treatments abroad.