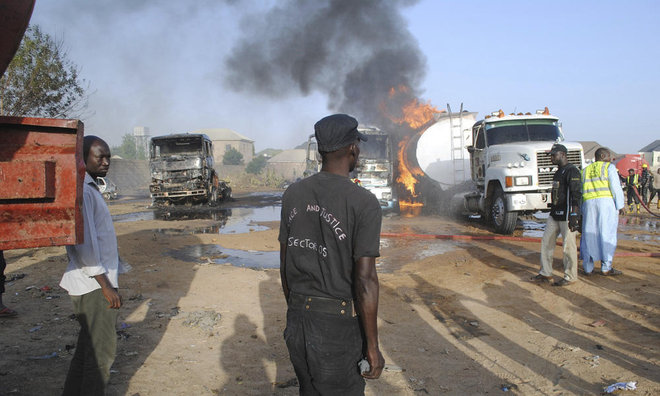 
MAIDUGURI, NIGERIA — Police in Nigeria say two teenage female suicide bombers have been shot dead by troops as they tried to sneak into the northeastern city of Maiduguri.

Borno State police spokesman Victor Isuku says the two were wearing explosive vests under their clothes when they were shot dead Saturday night. The vests were later detonated safely by police.

No one else was harmed.

Extremist group Boko Haram has been using more and more teenage suicide bombers in the past couple of years. Maiduguri is the birthplace of the Islamic insurgency and the base for Nigerian military efforts to combat it.