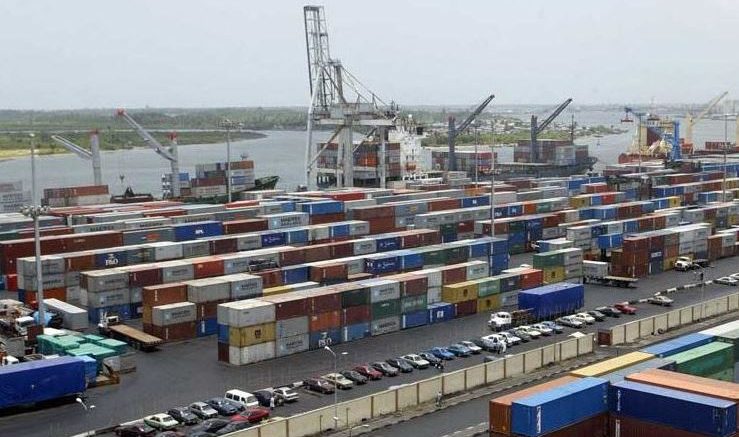 
Operatives of the Nigeria Customs Service (NCS) intercepted a truckload of smuggled arms at Apapa Port in Lagos yesterday. The Comptroller-General of Customs, Ahmed Ali, who displayed the suspected exhibits at the Federal Operations Unit (FOU) Zone ‘A’ in Ikeja said the consignment of 49 boxes contained a total of 661 pieces of pump action rifles concealed with steel doors and other goods.

This interception has further raised anxiety about the security of lives and property in the wake of lingering terrorism, kidnappings, armed robbery and other criminal activities across the country. It has also exposed the security lapses at the nation’s ports which make prohibited goods to pass through them undetected.

Before now, pump action rifles could be licensed by the Nigeria Police, but because of the security situation in the country, government prohibited licensing and importation. The pump action rifle which uses a pellet is more dangerous than a bullet rifle. A bullet can only kill one person at a time while a pellet will scatter and kill many at once.

“The truck was immediately taken to the premises of FOU Zone A, Ikeja where physical examination revealed 49 boxes containing a total number of 661 pieces of pump action rifles concealed with steel doors and other goods.

“These rifles are under absolute prohibition, therefore their importation is illegal. Such a deadly contravention of the law is even more unacceptable considering the fragile security situation in some parts of the country,” he said.


The three suspects arrested in connection with the consignment are Mr. Oscan Okafor (51) who is the importer; Mahmud Hassan (56), the clearing agent; and Sadique Mustapha (28) who was accompanying the consignment to its destination.

The comptroller-general said an investigation had commenced. “I have directed that the dragnet should be wide enough to fish out all persons involved in the importation and clearing of the consignment.”

According to him, the officers involved in the clearance of the container are under detention with the Comptroller FOU Zone ‘A’ Ikeja. He assured that all guilty persons would be convicted accordingly.

According to Ali, the seizure underscores the determination of the customs to enforce all laws relating to the importation and exportation of goods.The consignment allegedly originated from China through Turkey.

“Considering the fragile security situation in the country where we have kidnappers, armed robbers, insurgents, even the cattle rustlers are using the same deadly weapon, the customs has intensified its anti-smuggling operations. Our job is to ensure that Nigeria is safe and secure and we will continue to track them,” Ali said.

He urged Nigerians to support the customs in tracking illegal items. “We must now put all our hands on deck. The security problem of this country must be addressed by all of us and we must contribute our quota by ensuring that we give the right information. If we see an issue, an item or suspicious movement, we should let the authorities know. That is the only way we would be able to ensure we do our job. Without information, there is no way we can curb this menace. This happened because we got the right information and our men acted promptly.”

A management and security consultant, Ona Ekhomu, said the proliferation of arms posed a great danger to the country and advised the Federal Government to devise new strategies of combating illegal arms dealers.

Ekhomu, who also stressed the need to sanitise the customs and other agencies at the ports, applauded the interception of the consignment after escaping from the ports.

According to him, government should recover illegal arms by granting amnesty to those in possession of them.He also urged government to set up a special federal prosecution team that would specialise in critical cases such as firearms in order to get the culprits prosecuted. This, he said, would serve as a deterrent to others and guarantee a safer environment.
By Godwin Oritse and Dotun Ibiwoye I Vanguard