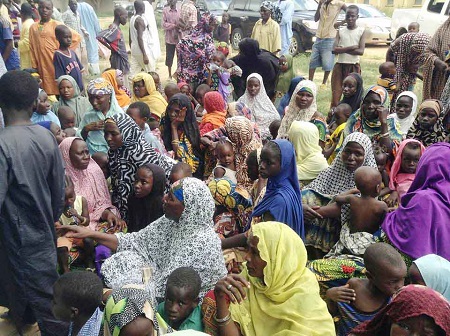 Abuja and Maiduguri — Ten children have been confirmed dead in a diarrhea outbreak at an Internally Displaced Persons (IDP) camp at Wasa in Abuja.

The Executive Secretary of the Federal Capital Territory (FCT) Primary Healthcare Development Board, Dr. Rilwanu Mohammed confirmed the development to The Guardian.

He said the outbreak in Wasa IDP camp may have been caused by a contaminated stream where the children and other displaced persons drank from.

According to him: “They have been drinking from the stream. There are two boreholes in the camp, but because they have to pay a token of N20 for maintenance to fetch from there they avoided the place. The water from the stream where the children went had been contaminated by animals which drink from there.”

“The water source has been purified with chlorine gas,” he stated.

In a similar development, the authorities have raised concerns about the number of children in the North East who have not been immunized against polio.

Officials confirmed that many of the children were in different IDPs camps in Abuja.

Mohammed, however, said immunization had commenced in these identified camps.

“Yes, we discovered new families coming from Borno as a result of fresh insurgency attacks. Some of the families had children with zero dose of immunization in their lifetime. So FCT is currently exposed to the polio virus,” he said.

Meanwhile, the Presidential Committee on the North East sub-region of the country has commenced the distribution of food items to liberated communities in Borno State.

The committee has also been mandated by President Muhammadu Buhari to immediately distribute relief materials to other liberated areas in Adamawa and Yobe states.

Communities visited by the officials yesterday were Konduga, Damboa and Mafa in Borno.

Prof. Hauwa Biu, one of the committee members kicked off the exercise at Konduga. She said the objective was to provide succor  to displaced persons.

According to her: “We believe that the people are in dire need of food. Our committee will distribute rice, maize, guinea corn, noodles, soap and other items to them. About 1,800 households would benefit from the exercise in each of the three local councils.”