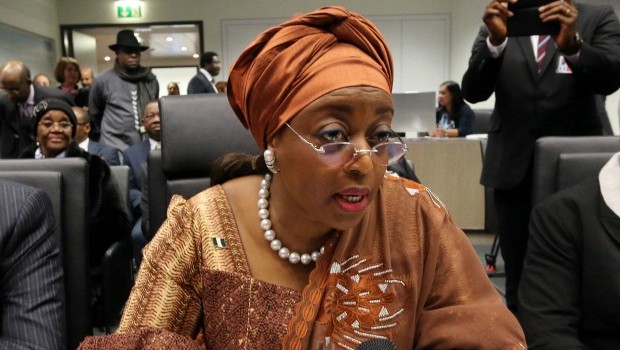 The Economic and Financial Crimes Commission has brought fresh charges against a former Minister of Petroleum Resources, Diezani Alison-Madueke, SUNDAY PUNCH has learned.

It was learnt that the EFCC would in the coming days join Diezani in a suit filed against an oil tycoon, Jide Omokore.

The EFCC will subsequently apply for a bench warrant against the former minister as part of the process to kick-start her extradition from the United Kingdom.

Speaking with our correspondent, an EFCC source said, “There have always been charges against Diezani. However, we had to remove her name for technical reasons. Also, the matter is no longer before Justice Nyako.

“You cannot extradite a person from foreign land without evidence that the person is wanted or the person’s arrest has been ordered by a court.”

A bench warrant is an arrest warrant that is ordered by a judge against the defendant in a criminal case. It is typically issued in the case of a failure to appear for trial.”

A senior EFCC official who spoke to our correspondent on condition of anonymity noted that a case was filed against Diezani in 2016 but had been withdrawn.

However, with the delay by the UK authorities, the commission has decided to personally handle the matter.

The source recalled that the commission had filed charges against Diezani alongside Omokore and Aluko; a former Managing Director of Nigerian Petroleum Development Company Limited, Victor Briggs; a former Group Executive Director, Exploration and Production of the Nigerian National Petroleum Corporation; Abiye Membere; and several others before Justice Bina Nyako in 2016.

They were arraigned before a Federal High Court in Abuja on nine counts bordering on money laundering and procurement fraud.

However, before taking the defendants’ plea, Justice Nyako had requested that the names of the accused persons not present in court be taken off the charge.

Consequently, Aluko whose name appeared in all the counts, as well as Diezani who appeared on count eight, were deleted from the charge.

The acting EFCC Chairman, Ibrahim Magu, last week met with UK authorities as part of the process of extraditing the former minister.

Diezani has been accused of mismanaging oil funds to the tune of $20bn during her time as minister.