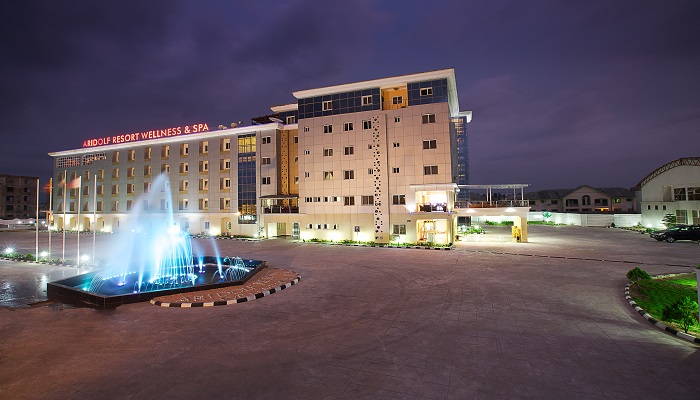 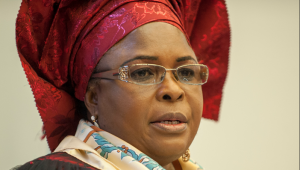 SIMON UTEBOR, who was at the Aridolf Resort Wellness and Spa, said to be owned by former first lady, Patience Jonathan, writes about the luxury in the edifice 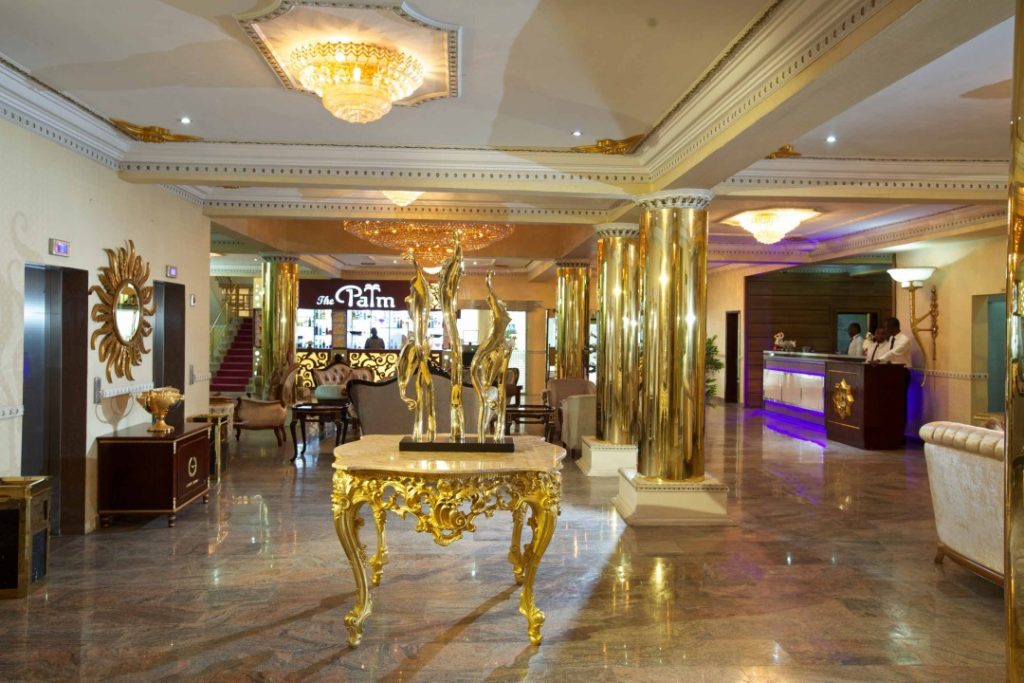 From afar, the sheer magnificence of the Aridolf Resort Wellness and Spa, strategically positioned in the heart of Yenagoa, Bayelsa State capital, draws a first-time visitor into a lavish embrace.

Arguably the most prestigious hotel in the oil-rich state, the edifice is located in Okaka Estate, along Isaac Adaka Boro Expressway, which is close to a popular night club, Bolex.

The five star hotel sprawls over a large expanse of land complementing the surroundings of the residential estate which boasts of the choicest edifices and castles in the whole of Bayelsa.

The security in the hotel has thinned out compared to what it used to be when Goodluck Jonathan held sway as the country’s President. Reportedly worth about N10bn, the Aridolf is said to be owned by the former First Lady, Dame Patience Jonathan. 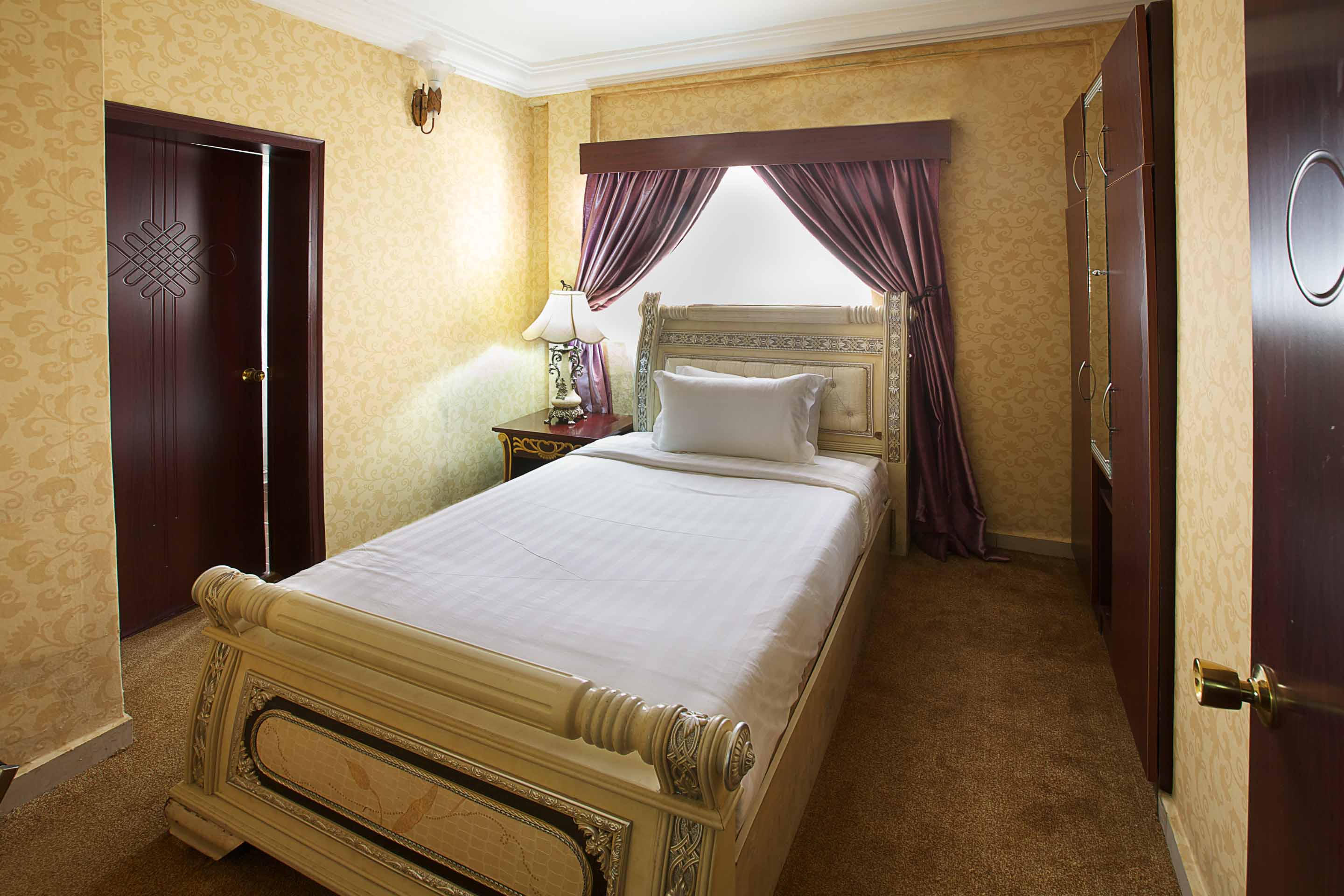 Before May 2015, beyond the opulence oozing from the impressive building, Aridolf was also like a presidential fortress, with the presence of soldiers and members of other security agencies, apparently on sentry duty, manning the gates and other strategic areas. 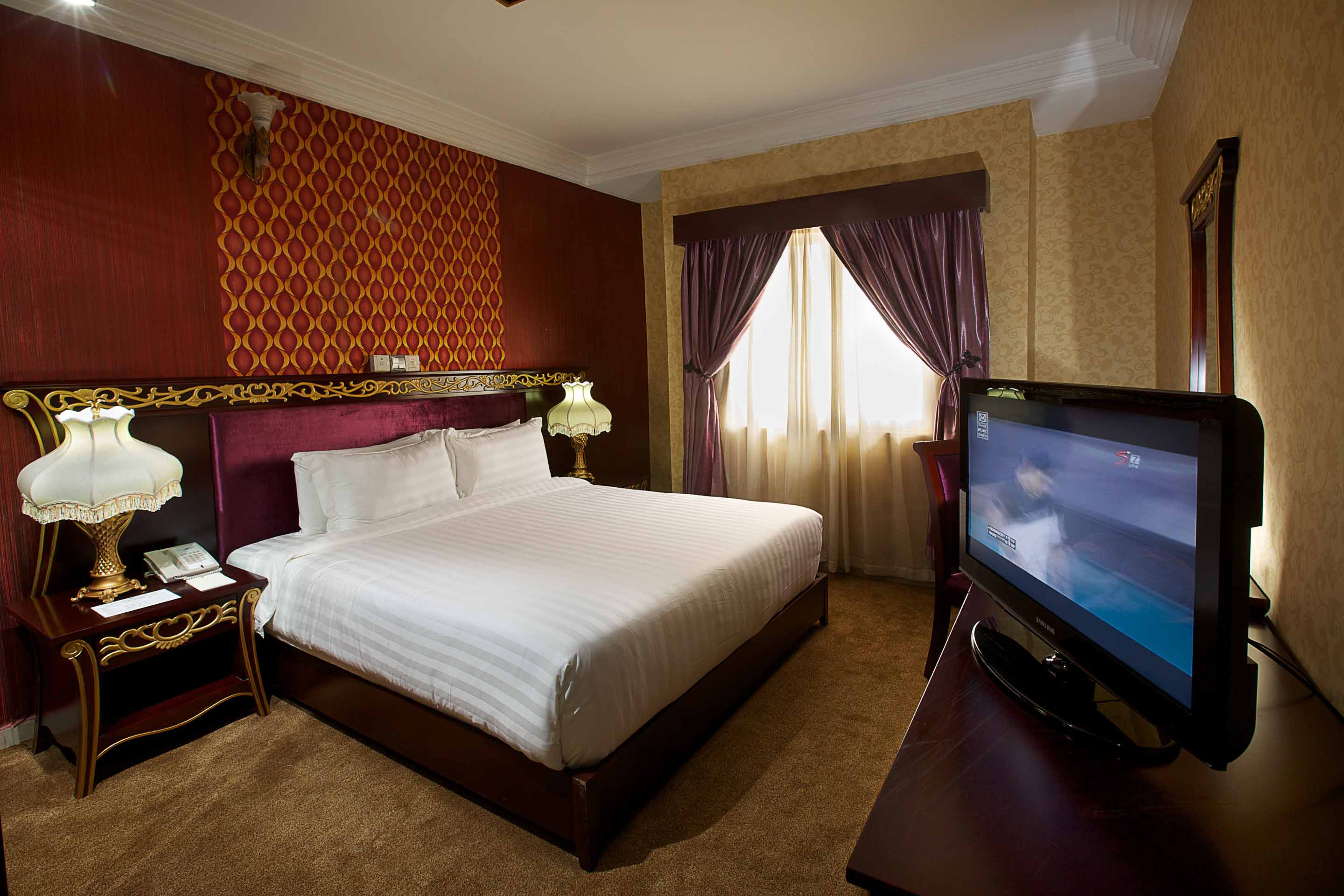 But it all changed when Jonathan and the Peoples Democratic Party lost the 2015 presidential election, which saw the emergence of Muhammadu Buhari as President and the All Progressives Congress as the ruling party.

The Aridolf hotel in Yenagoa is an unlikely monument to kitsch on a reclaimed swamp in Nigeria’s oil-producing Niger delta. In the lobby, Louis XIV furniture is accompanied by bowls of plastic fruit, faux Dutch landscapes and a grotesquely gaudy chandelier. The hotel is redolent of the riches on display in a region that for half a century has generated the bulk of Nigeria’s wealth. 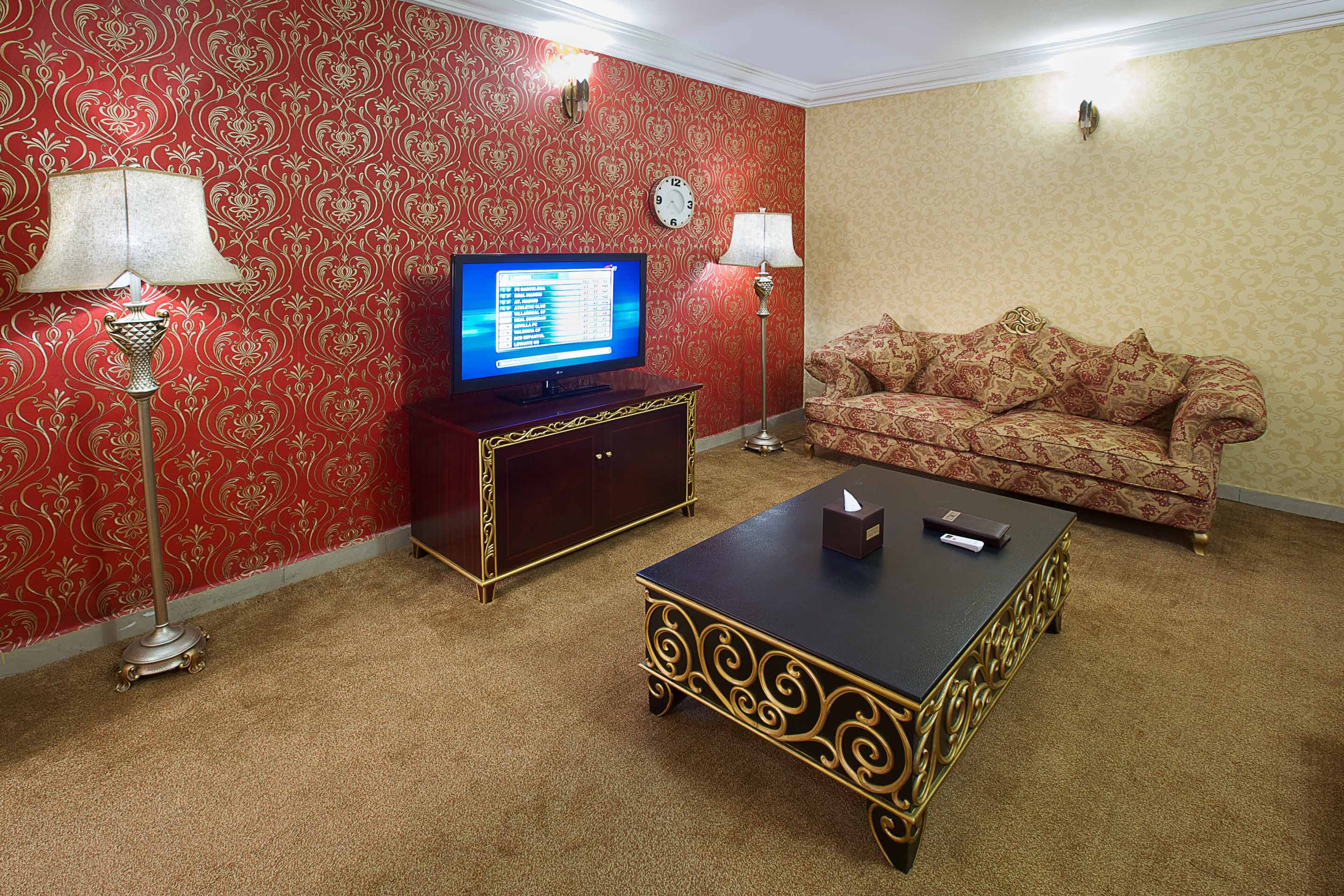 Only a decade and-a-half ago there was just one petrol pump in Bayelsa state, which produced a quarter of Nigeria’s 2m barrels per day of oil, and Yenagoa, the state capital, was a string of tin-roofed shacks. Resentment at the region’s under-development erupted in violence, with militants blowing up pipelines and kidnapping oil workers. Today, Yenagoa is a sprawling construction site. But the Aridolf, which is owned by Patience Jonathan, wife of the former president, is symptomatic of how superficial progress has been in addressing the festering sense of marginalisation in the region, which remains desperately impoverished despite benefiting from a tide of petrodollars in recent years. 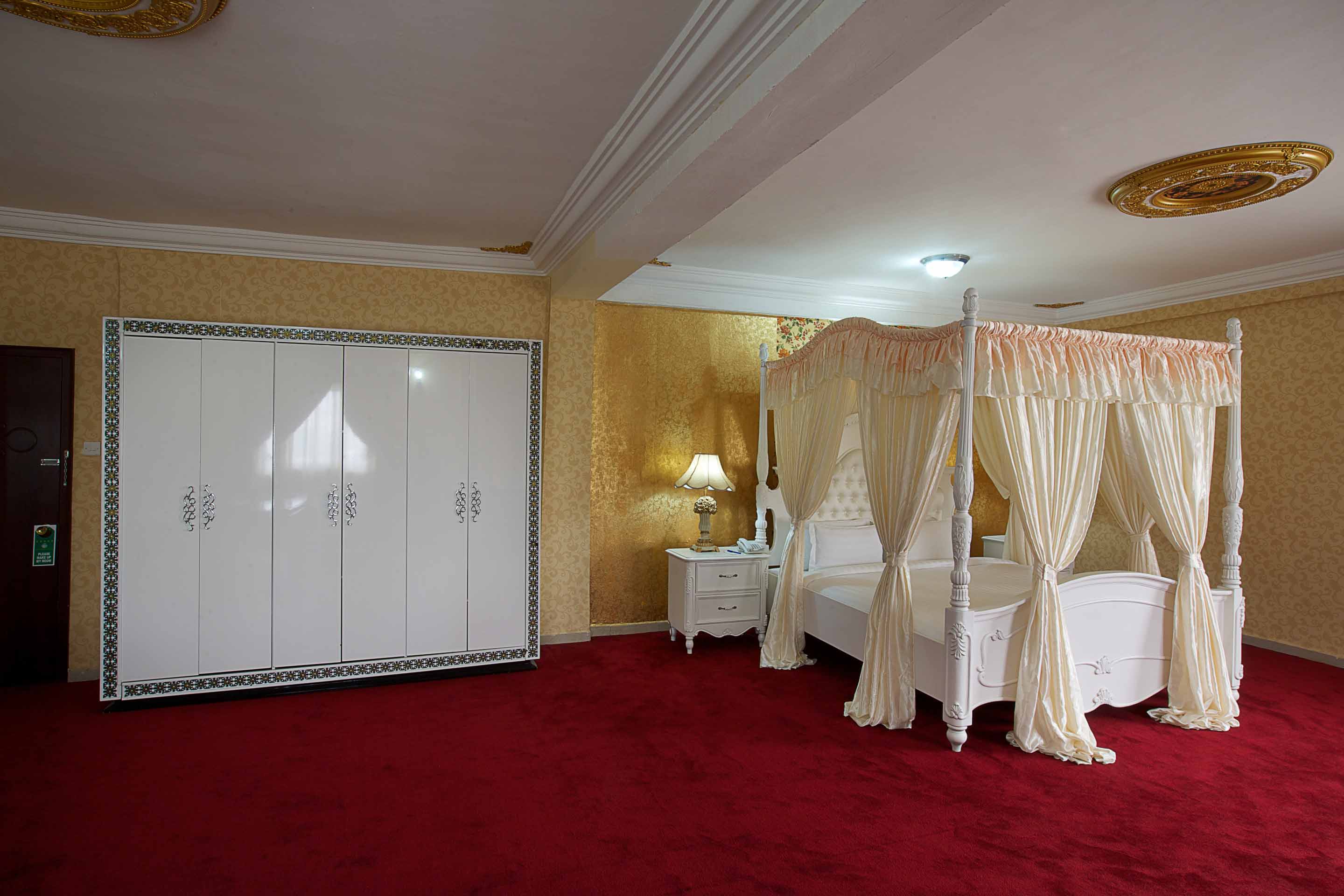 While the imposing Aridolf still retains its grandeur, the air of presidential security and protected serenity has since disappeared, as only private guards and plainclothes security personnel are seen around the area.

A first time visitor or guest would still marvel at the sprawling architectural masterpiece spread across four buildings with a fountain strategically positioned for aesthetic effect. The fountain is encased with bulbs of different colours shining from beneath it, producing a colourful shade of glamour and extravagance. 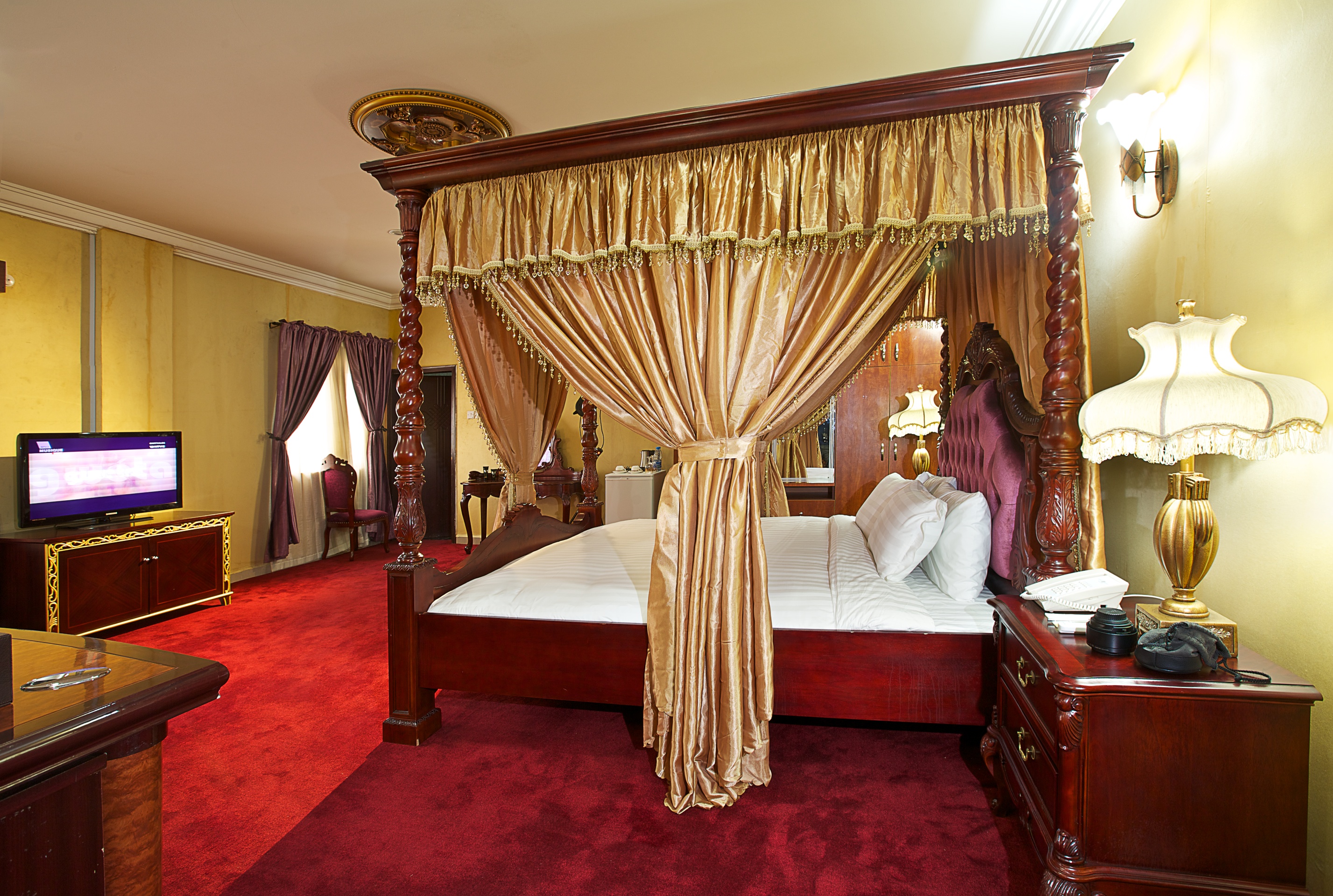 Inside the compound, tarred with interlocking tiles all round, is a spacious car park that can conveniently accommodate hundreds of vehicles. Other facilities offered at the property include a nightclub, meeting facilities and a shared lounge. 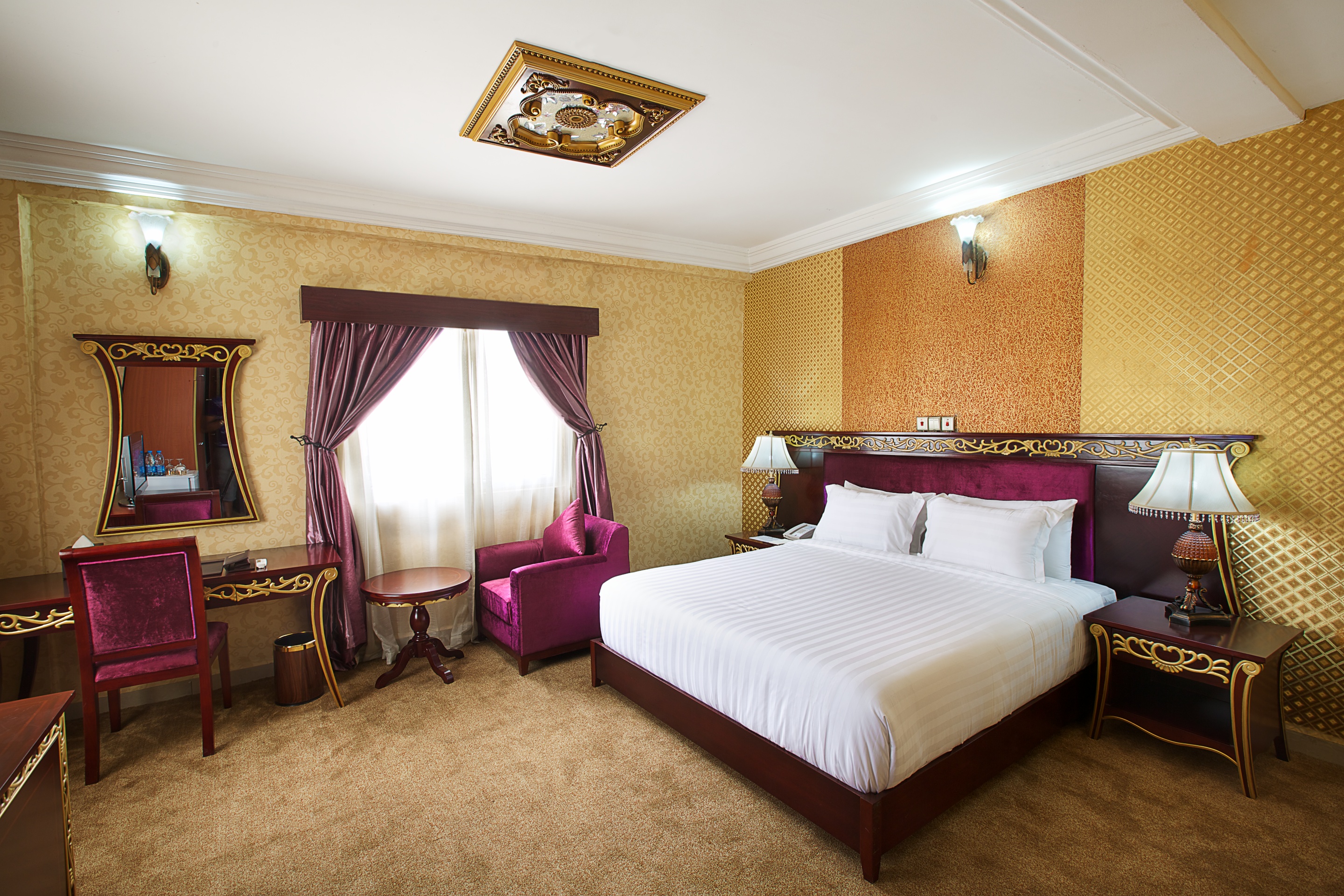 Established to mainly cater for Nigeria’s elite, the Aridolf offers indoor pools, a spa and wellness centre as well as free WiFi access for visitors and guests. Its opulence is further showcased in the hotel’s reception area, with expensive artworks, gold-plated furniture and imposing landscapes on display. There is also a chandelier providing artificial lights from the Plaster of Paris ceiling and walls.

The hotel’s lobby has a strong, sweet-smelling fragrance which gives the impression that it has a style, taste and class exclusively preserved for the rich and famous. 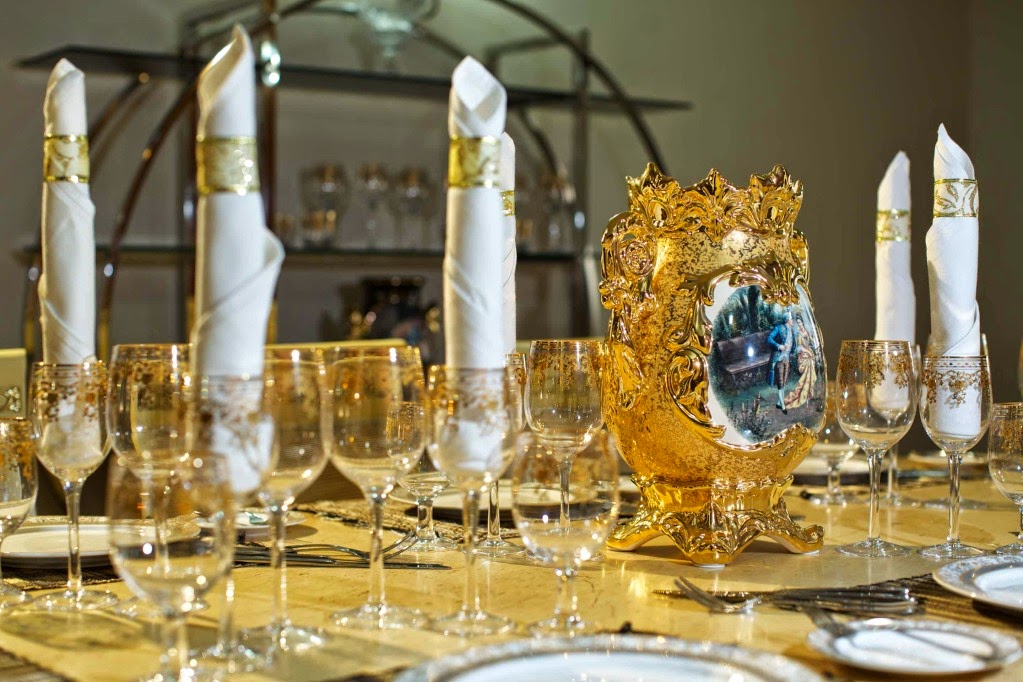 Most of the categories of rooms are fully furnished with air conditioners, fridges, TV sets with satellite channels, good toilet systems, cold and hot water facilities, WIFI, among others. The only significant difference between the classes of rooms is essentially the bed and space. They all have similar features.

The hotel serves local and intercontinental dishes with prices from N2, 000 upwards. 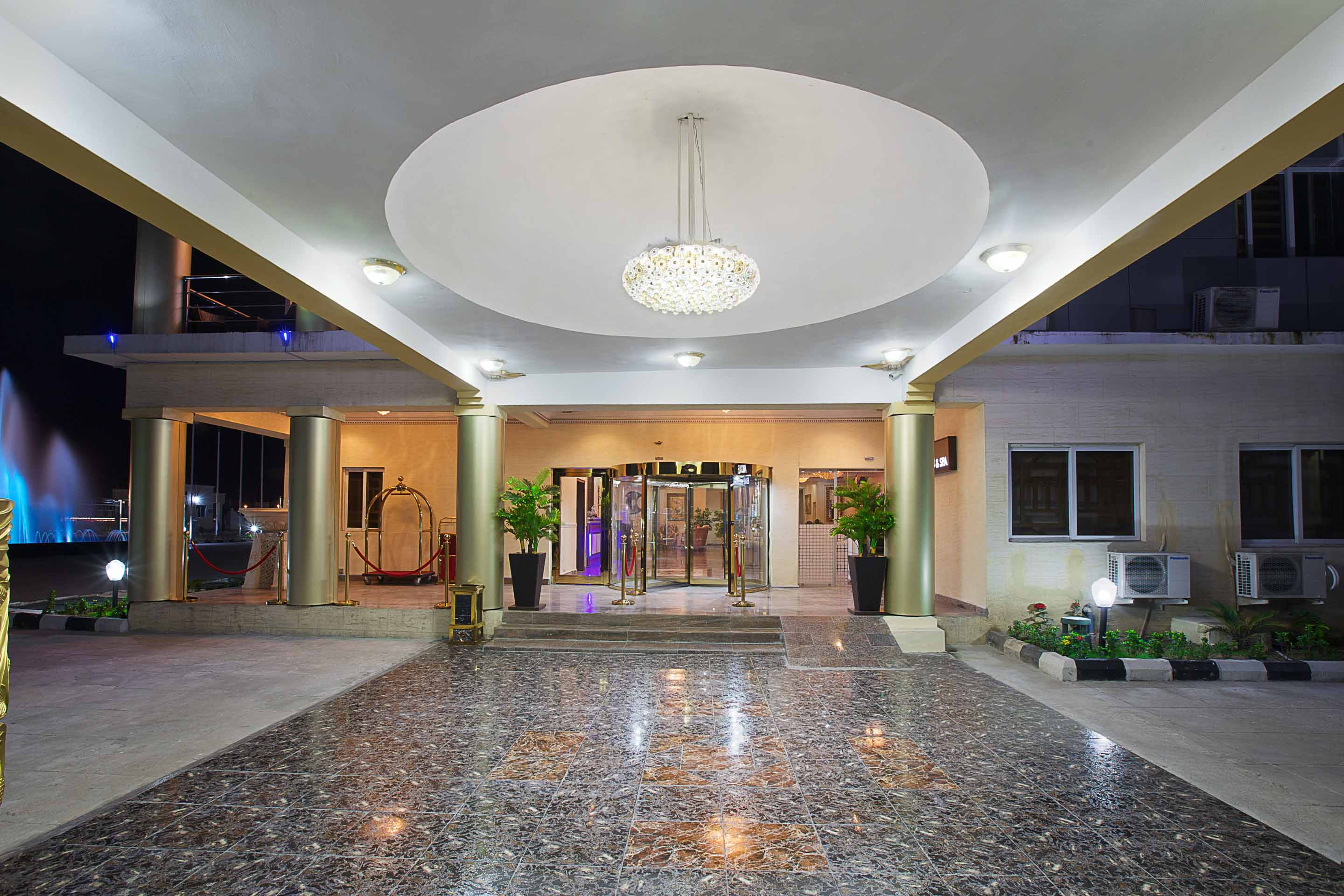 At one of their bars, christened Paradise Bar, different variety of drinks such as beer, wine, whiskey, gin, fruit juice, among others, are served. Our correspondent learnt that the management had to reduce prices of the drinks because of the economic recession in the country. The price of beer now goes for between N500 and N600 against their initial N800 and N1, 000 price tags.

A guest can enjoy a view of the city’s skyline from almost all the rooms. In addition, the hotel has a beverage centre, business centre with full Internet access, fitness centre, kitchenette, restaurants, wheelchair access and airport transportation. 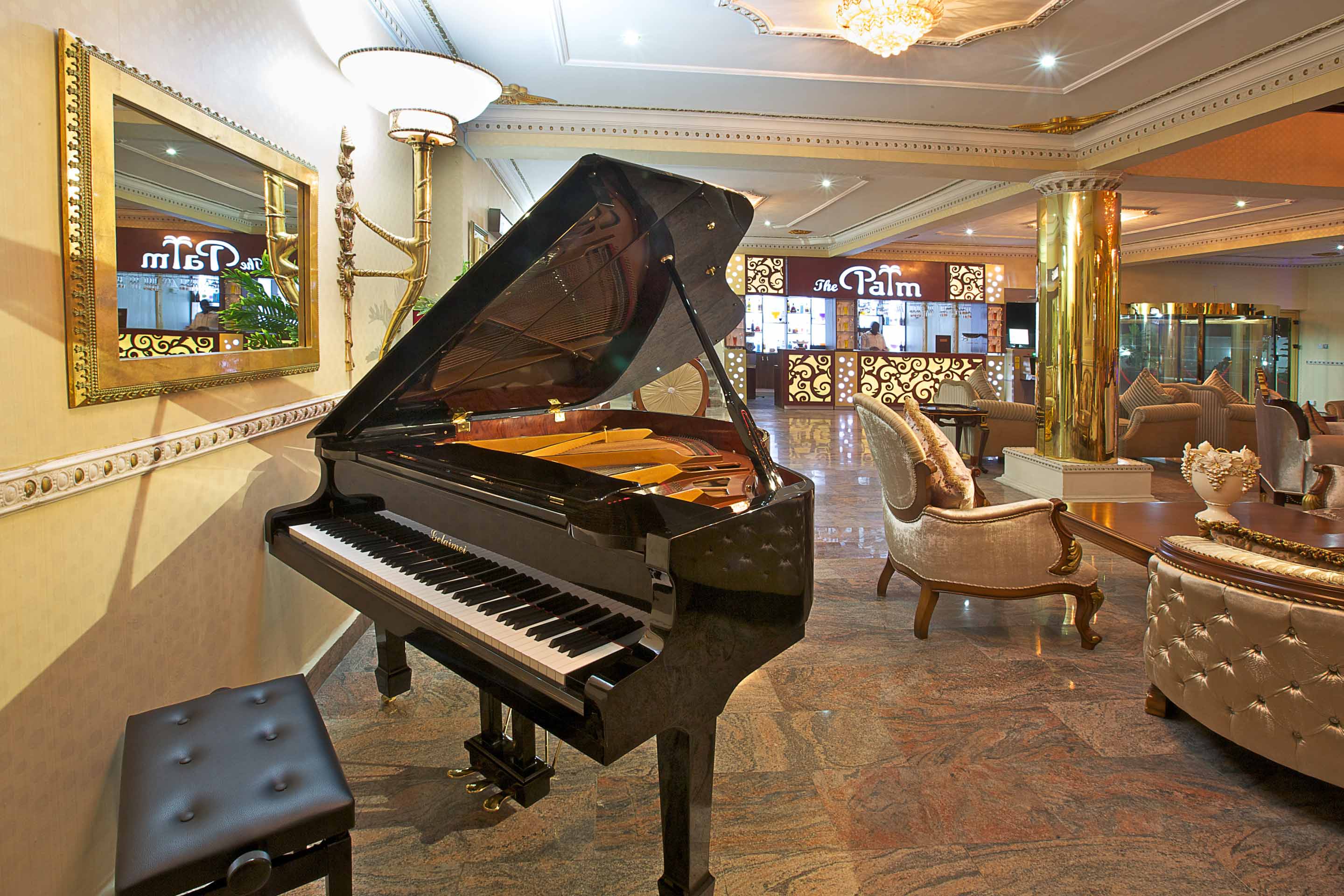 One of the workers in the hotel, who spoke on condition of anonymity, said the former first lady was involved in the running of Aridolf, despite the fact that the hotel has a general manager, as well as managers and supervisors.

The source noted Mrs. Jonathan was always available in the hotel to provide effective supervision.

“When she came here last week, she ensured that she put everything in place before she left,” the source said, adding that while the former first lady also owns another hotel in Otuoke, her husband’s country home, she frequents Aridolf more.

The source said, “Aridolf is a hotel after the former first lady’s heart. She is the super supervisor. At times, she holds meetings with the employees. At such meetings, she usually teaches us about business relations, how to woo and retain customers, among other things.”

Our correspondent also gathered that despite the price of the rooms, the hotel enjoys high patronage from guests, who are mostly politicians, oil and gas workers, businessmen, foreigners and some middle income earners.

A royal suite which cost almost N400, 000 per night is often occupied, said another employee, who noted with pride that “Aridolf has everything one can think of. It is a place for recreation, wellness and all what one desires in a hotel.”

Despite its opulence, some parts of the hotel seem to have suffered some deterioration due to the topography of Bayelsa State.

At the balcony in the Paradise Bar, our correspondent noticed a leaky roof after a downpour during the week. The rain also flooded some area of the bar, soaking some portions of the synthetic rugs decorating the place.

A guest blamed the development on poor architectural and structural designs of the building.

The guest, who did not give his name, said the building was suffering from an assemblage of expensive fittings but lacked proper finishing.

He said, “The chairs and other furniture at the lobby are very expensive. They were imported. But those who supplied some of the materials cheated the owner. Some of the materials are only shinning but they are not durable. That is why you see that some parts of the hotel are deteriorating.

“The saving grace for the building is the tiles used to design the hotel structure. The tiles are the ones covering the defects in the building. Remove the tiles and the building will have serious problems. It is suffering from architectural and structural defects.”