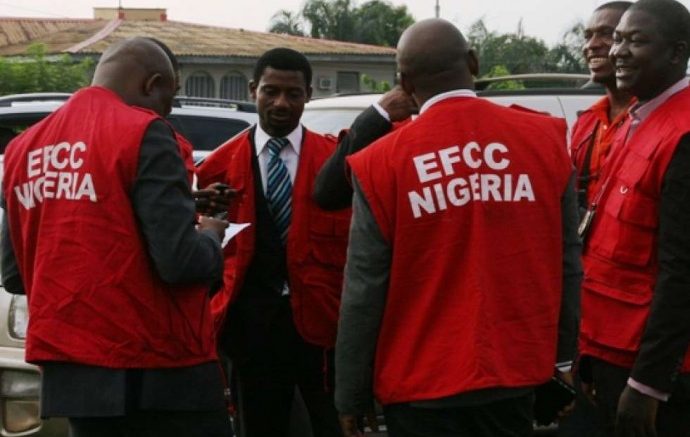 The Zonal Head of the Economic and Financial Crimes Commission, EFCC, South-South Zonal Office, Ishaq Salihu, has charged Nigerian youth to take up the gauntlet in the fight against economic and financial crimes.

Mr. Salihu stated this when he received members of the EFCC/CDS Anti-corruption group of the National Youth Service Corps, Obio/Akpor Local Government of Rivers State who paid him a courtesy visit on September 7, 2016.

The zonal head said the EFCC alone cannot win the fight against economic and financial crimes.
“All you need for bad people to triumph is for good men to do nothing,” he said.
He charged the corps members to keep up the good work and to also imbibe the Commission’s core values of Courage, Professionalism and Integrity in all their dealings.
He informed the group that the EFCC was a child of necessity because of the need to rid Nigeria of corruption, as the social monster had eaten deep into every facets of the society.

“It got so bad that some families pride themselves on the number of yahoo boys they have… Until EFCC came on board there were no records of conviction for Advance Fee Fraud and cybercrime. But EFCC came and changed all that” he said.

He commended the President Muhammadu Buhari administration which he said is doing its best to rid the nation of corruption.

The corps members who were led by the president, Oli Excel, commended the Commission for the support the group received and pledged to remain committed to the fight against graft.
He presented copies of researched Term Papers which members of the group had collectively produced on ‘’Money laundering’’, ‘’Bribery and Corruption’ and Cybercrime to the Zonal Head.