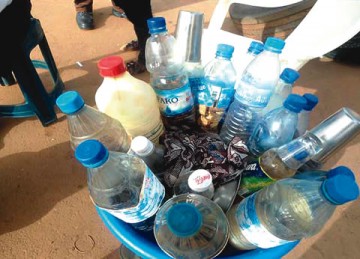 THE National Agency for Food, Drugs Administration and Control, NAFDAC, yesterday, warned traditional medicine practitioners in the country against using herbal drugs on patients when such drug has not been confirmed or approved by the agency.

It also warned the practitioners against advertising their products without obtaining an advert permit from the agency. According to the agency, it was its duty to streamline whatever information the medicine practitioners were conveying to the public to avoid jeopardizing the health condition of the general public.

Ebonyi state coordinator of the agency, Richard Anichukwu gave the warning when the practitioners under the aegis of National Association of Traditional Medicine Dealers paid him courtesy call in his office in Abakaliki. Anichukwu said the agency was looking forward to having an effective collaboration with herbal practitioners to ensure safety of lives.

He noted that the collaboration would offer the Agency the opportunity to scrutinize herbal products produced by the members of the group.

Earlier, the Zonal Chairman of the group, Chief Okwudiri Umezurike said the visit became imperative following their determination to ensure quality services to the people in line with acceptable standards and norms in the country and world over.