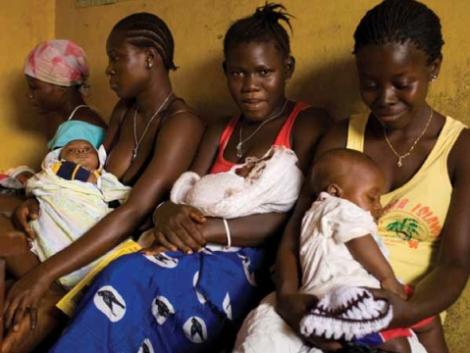 
Sierra Leone has one of the highest rates of FGM in the world, with nine in 10 women and adolescent girls cut, says U.N.

The death of a teenage girl in Sierra Leone during a female genital mutilation (FGM) procedure performed by a women-run secret society should spur the West African nation to ban the practice, anti-FGM campaigners said on Thursday.

Fatmata Turay, 19, died earlier this week after undergoing FGM as part of her initiation rites for entry to the Bondo, a powerful society that carries out the practice and wields significant political clout, according to several campaigners.

Three members of the Bondo society and a nurse have been arrested. Rights groups which campaign against FGM, including FORWARD and Equality Now, urged Sierra Leone to carry out a thorough investigation into Turay’s death and ban the practice.

Sierra Leone has one of the highest rates of FGM in the world, with nine in 10 women and adolescent girls cut, according to the data from the United Nations children’s agency UNICEF.

“This is one death too many – too many lives are blighted by FGM,” said Adwoa Kwateng-Kluvitse of FORWARD, adding that it was unclear how many women and girls die from FGM in Sierra Leone.

“There are lots of rural girls who would have died and been buried without anyone taking any notice,” she added.

FGM affects an estimated 140 million girls and women across a swathe of Africa and parts of the Middle East and Asia, and is seen as a gateway to marriage and a way of preserving purity.

It involves the removal of the external genitalia and causes numerous health problems that can be fatal.

While FGM is legal in Sierra Leone, a government ban on the practice enforced during the Ebola outbreak – introduced as part of a drive to stamp out the virus – is still in place.

Sierra Leone last year became one of the last West African nations to ratify the Maputo Protocol, which addresses a range of issues including FGM, violence against women, child, and forced marriage, and women’s economic empowerment.

“We cannot afford to continue to let girls die and undergo extreme violence and discrimination because of FGM,” Mary Wandia of Equality Now told the Thomson Reuters Foundation.