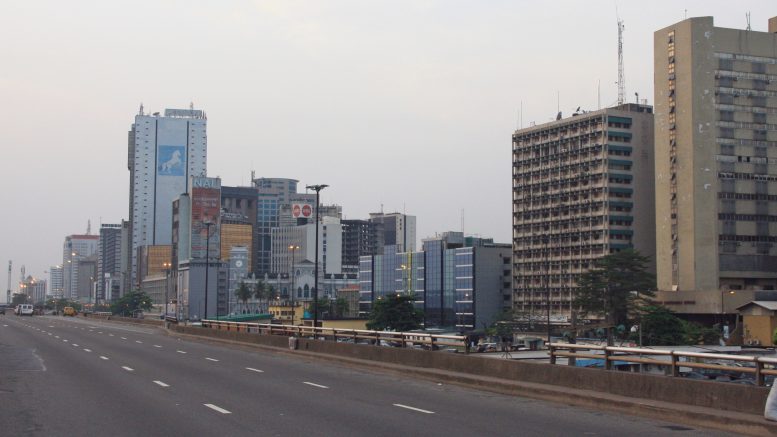 
Abuja — The International Monetary Fund (IMF) has advised Nigeria and other countries in sub-Saharan Africa to implement strong and urgent policy actions to bolster growth in the region.

It foresees a subdued outlook for the region in the near-term if pressures on sovereigns and spillovers to the private sector intensify.

The IMF, in its latest Regional Economic Outlook, titled: ‘Restarting the Growth Engine; pointed out that growth in sub-Saharan Africa as a whole dropped to 1.4 percent in 2016–its lowest level in two decades, with a projection that it would record a modest recovery of 2.6 per cent in 2017.

This is in spite of the fact that a number of countries, especially in eastern and western Africa, continue to grow robustly.

“The delay in implementing much-needed adjustment policies is creating uncertainty, holding back investment, and risks generating even deeper difficulties in the future. Adjustment in resource-intensive countries has been delayed. In particular, oil exporters such as Angola, Nigeria, and the countries of the Central African Economic and Monetary Union (CEMAC) are still struggling to deal with the budgetary revenue losses and balance of payments pressures, some three years after the fall in oil prices

“Vulnerabilities are also emerging in many non-resource-intensive countries. While they have generally continued to record high growth rates, they have also maintained elevated fiscal deficits for a number of years as their governments rightly sought to address social and infrastructure gaps. As a result, fiscal and external buffers are declining and public debt is on the rise.”

This, it said, would barely put sub-Saharan Africa back on a path of a rising per capita income, adding that the uptick will be largely driven by one-off factors in the three largest countries.

These are a recovery in oil production in Nigeria, higher public spending in Angola, and fading of drought effects in South Africa.

However, for other countries, the outlook remains shrouded in substantial uncertainties, including a possible further appreciation of the United States dollar, a tightening of global financing conditions – especially for countries where fundamentals have deteriorated.

The IMF report further noted that the outlook is further clouded by security issues that have contributed to an increase in food insecurity and even famine in parts of sub-Saharan Africa.

Based on the foregoing, the IMF admonished that “strong and urgent policy action is needed to restart growth where it has faltered and preserved the momentum elsewhere.”

Selassie noted that while restoring macroeconomic stability is a prerequisite, it needed to be complemented with structural reforms to support the rebalancing and policies to strengthen social protection for the most vulnerable.

For the hardest-hit countries, the report noted that strong fiscal consolidation was required, with emphasis on revenue mobilization.

It added that where available, greater exchange rate flexibility and the elimination of exchange restrictions would be important to absorb part of the shock.

But for countries where growth is still strong, the IMF emphasized the need to address emerging vulnerabilities from a position of strength, including by shifting the fiscal stance toward gradual consolidation

The IMF pointed out that sub-Saharan Africa remains a region with tremendous potential for growth in the medium term – provided strong domestic policy measures are implemented.

Reacting to the report, the Director, Monetary Policy, CBN, Mr. Moses Tule, said it was analytical and quite comprehensive.

Tule noted that the shock in the prices of commodities adversely hit about 23 countries in the region, adding that for resource-intensive countries, it triggered huge budgetary constraints and fiscal deficits.

He said huge public debt also followed due to humongous borrowing with inflation skyrocketing to as high as 18.2 per cent in Nigeria and 42 per cent in Angola.

Tule observed that from the report, there would be a modest growth, regretting that what he called policy space was highly constrained just as revenue is constrained, leaving room for growth.

He also stated that the sub-region had been hobbled by insufficient reforms and lack of political will to carry through reforms.


Also commenting on the report, Prof. Doyin Salami of the Lagos Business School called for the human capacity development and prioritization of private capital, among others, urging governments in the region to make up their minds on what their roles are in fostering, ensuring and sustaining inclusive growth.

In her address, the Minister of Finance, Mrs. Kemi Adeosun said 2016 was particularly difficult for many African economies and other economies across the globe, adding that economic growth in the region only reached about one and a half percent of estimates, the weakest outcome in over 20 years and well below the growth rate of the population.

“The slowdown was particularly noticeable in economies that are largely dependent on commodity exports as a source of revenue, exposing structural weaknesses and leading to macroeconomic vulnerabilities,” she said, adding that looking ahead, a rebound in growth of about two and a half percent is predicted in 2017.

At a media session which followed the presentation of the INF report, Adeosun identified debt servicing as the major problem the federal government is grappling with and not over-borrowing.

She lamented that most of the nation’s debt would mature in about two years, thereby constituting a major fiscal challenge.

Adeosun said in addressing the challenge, the present administration was resorting to refinancing the loans, which she said, were secured in recent years under short-term arrangements.

The minister said the refinancing of the soon-to-mature loans to the longer tenor of ten years and above would provide the government some relief, stressing that that was also largely why there was a resort to Eurobond issue.

She noted that the debt service challenge had been compounded by a revenue quagmire occasioned by a low tax to GDP ratio, which is currently at about 6 percent as against a minimum of about 15 per cent obtainable in Ghana and other African countries.

Adeosun said with a low revenue and high debt, servicing such debt had become a huge challenge.

She noted that it was in a bid to address the revenue problem that tax returns had been introduced, noting that people were not paying tax because there were no consequences.

With tax reforms, she said the agency responsible for mobilizing tax would be given the needed infrastructure and capacity to do so.

“The budgetary impact of revenue losses to the country and balance of payment pressures remain considerable. We have tried to mitigate these pressures through series of interventions, such as growing non-oil sector base through increased efficiency of tax and customs collections, reduced cost of doing business, support for agriculture, infrastructure and manufacturing as well ad reflating the economy through special fiscal support to sub-nationals, among several other measures,” Adeosun said.

He, however, noted that the most potent measure to ensure the availability of forex was to rely on the local production of items that can be produced locally.

Emefiele stated that with import substitution, forex can only be channeled into import items that are not available locally, thereby reducing the pressure on the greenback.

He equally commended the Economic Recovery and Growth Plan (ERGP), assuring that both fiscal and monetary authorities would collaborate effectively to make it a success.

On banks’ non-performing loans (NPL), Emefiele admitted that they had exceeded the permissible 5 percent threshold, but assured that the apex bank and the affected banks are assiduously working to return the situation to normalcy.
– Ndubuisi Francis I This Day
But he stated emphatically that all the banks are well capitalized.