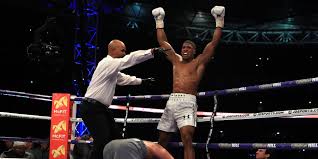 “Untested” was the criticism that clung so closely to Anthony Joshua before Saturday night’s heavyweight title bout that lured a record post-second world war fight crowd to England’s Wembley Stadium.

In a rousing display of his toughness and fighting skill, Joshua picked himself off the canvas and hammered Ukrainian Wladimir Klitschko relentlessly in the 11th round, winning by technical knockout in a showing that vanquished the tag of inexperience.
“I’m not perfect, but I’m trained,” Joshua told the 90,000 roaring for the man who took a major step toward becoming the sport’s next big thing. “Sometimes you can be a phenomenal boxer. But boxing’s about character, and sometimes you go into the trenches.

“I said it’d be a classic. I came back to fight my heart out. That’s what I’m about.”

Joshua, who first won the country’s heart by claiming the gold medal at the 2012 Olympics in London, had never fought past seven rounds.
And the 27-year-old’s interest in flexing his younger muscles and power punches on the 41-year-old former long-reigning champion was pulled from the same script that allowed Joshua to win his first 18 fights by knockouts to become International Boxing Federation champion.

With Klitschko’s old World Boxing Association belt also on the line Saturday, Joshua (19-0) stood stoutly upright and threw heavy blows that caused Klitschko to back off even after the veteran hit Joshua with a good punch early in the second round.

Joshua pressed the attack in the third round and nailed Klitschko with a good counter in the fourth, then pursued the kill in an exuberant fifth round.

Starting with an immediate punch to the face, Joshua unleashed a flurry of punches in the fifth round that left Klitschko covering and huddling downward.
And downward he’d continue, as Joshua reloaded and struck Klitschko further to send the 1996 gold medallist to the deck.

Joshua beamed. This is where the others quit.

Not Klitschko, the fitness guru, who convinced referee David Fields he was cognisant and soon enough was using the same keen, well-studied eyes vision that he directed at Joshua earlier in the week during his public workout. 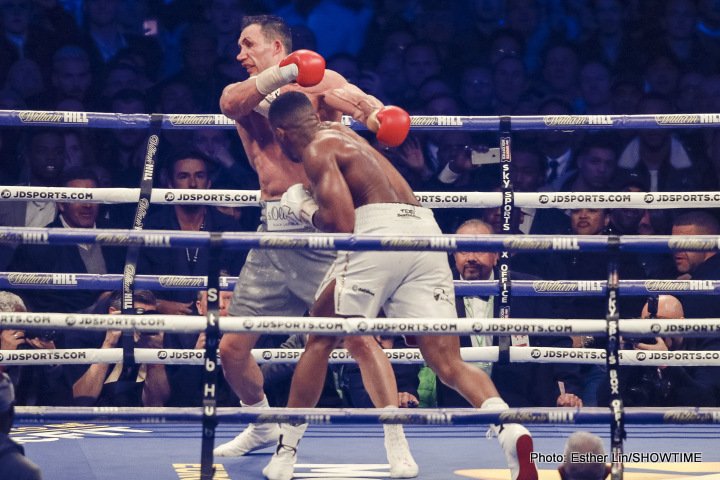 Joshua was breathing with his mouth opened, stepping back a little. He had tired himself out with the onslaught. And Klitschko made him pay with a series of well-landed blows that left Joshua on the run, scurrying to his stool for rest that was needed as badly as the oxygen that had escaped him.
While a cornerman attended to Klitscko’s cut above his left eye, the old champion schemed.

He met the tired Joshua in the middle of the ring and soon enough found an opening like the ones that led to 53 of his knockouts, planting a straight right hand on the face of Joshua, who went down to the canvas and caused the massive crowd to believe its new king’s reign would be over a year after it started. 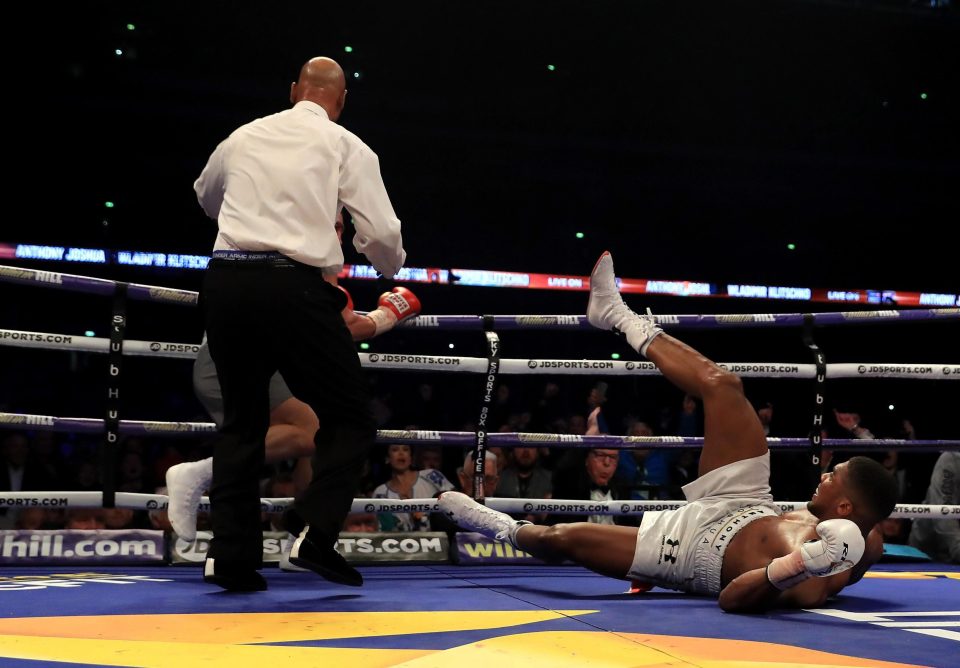 This was now a test of resolve.

A dazed, laboring Joshua did some holding to help end the round and even in the seventh and eighth rounds, he spent time staying out of harm’s way and conserving energy as the scorecards narrowed.

It helped that his opponent was 41.

Joshua’s activity increased in the 10th, however, and then he blitzed Klitschko with his best punch, a right uppercut that set up a knockdown flurry. The reeling champion then went down again after another Joshua onslaught of punishing and creative punches.

Then, with Klitschko backing to Joshua’s corner, the young champion went for the kill as Klitschko’s head rocked through the damage until referee Fields stepped in and stopped the fight at the two-minute, 25-second mark.

“Both men were giving their best. The best man won the fight,” Klitschko said. “It’s really sad that I didn’t make it tonight. I was planning to do it. It didn’t work.”
Klitschko retains a rematch clause, but Joshua called out Tyson Fury afterward. The fellow Brit beat Klitschko in 2015 but vacated his titles after drug issues.
“I need to analyze and see what the heck happened,” Klitschko said when asked what he’d do next.