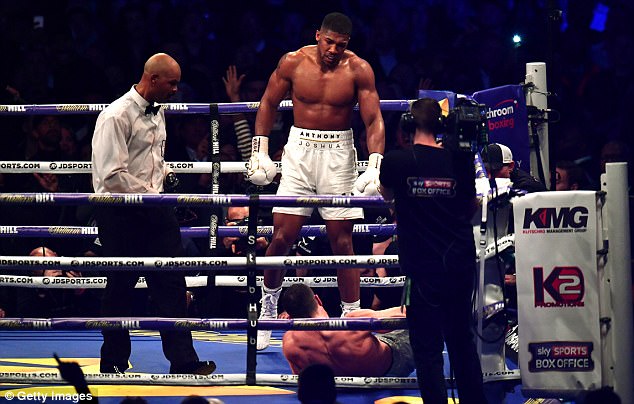 
The newly crowned king of heavyweight boxing, Anthony Joshua, could stage the first defense of his world titles in China, his promoter said a year after the idea was first suggested.

“I think China’s more likely than America for the next fight,” said Eddie Hearn, when asked about the venue for his fighter’s next clash.
“We’ve had some conversations out there. Huge market, huge money. Who’s making it in America?”

Hearn noted the largest post-second world war boxing crowd in England of 90,000 who witnessed Joshua down long-time world champion Wladimir Klitschko in an epic encounter on Saturday and said: “I’m not sure you can do that in the US”.
Hearn may well have been using the China venue angle as an early bargaining chip in what is sure to be vigorous wrangling over the direction Joshua’s career now takes.

But it does follow on from comments made by the father, Barry, in 2016 after Joshua beat American Charles Martin.

“When you plan someone’s career like Joshua you tend to plan in advance and I think we’re two years away from saying we can sell out the Bird’s Nest in China,” said Barry Hearn in May 2016.
“I think Joshua’s going to be a global figure, and therefore I’ve got to give him a global platform.
“I was in Shanghai last week and we were talking. As soon as you show people pictures of Joshua knocking someone out, they get excited.”

Showtime’s US television rights deal with Joshua has just two fights remaining, but the network’s executive vice president, Stephen Espinoza, made it clear he wanted to build up the exciting young fighter’s profile, saying, “We’re in discussions for extensions beyond that. I’m sure the price just went up in the last couple of hours. And deservedly so.”


Espinoza said he understands “that the Brits and other territories resent that the US is the end-all and be-all. But there are financial and other rewards in exposing Anthony to this vast population of 300 million people, most of whom have not yet discovered him.

“No matter what success he enjoys in Britain, there’s always the allure of the US and the cultural and financial significance that it so enjoys. Anthony grew up listening to American music, watching American fighters, so there’s that ‘conquer the unconquered’ [thinking] to break into a new frontier that’s uncharted.

“For most of the American audience, this was their introduction to him, and you couldn’t have asked for a better introduction.”
Inside the packed Wembley Stadium, England’s heavyweight boxing champion delivered heart-stopping drama for a new generation of sports fans.

Turning in a courageous, powerful performance, Joshua revived what for so long has seemed a bygone time by rising from a sixth-round knockdown to stop former champion Klitschko with an 11th-round technical knockout.
“You get knocked down anytime, you get up,” the 27-year-old Joshua (19-0, 19 knockouts) said. “That’s what life’s about.”

It’s uncertain whether Klitschko, 41, will invoke the rematch clause he has with Joshua after being knocked down three times before being stopped late in the 11th round.
After the bout, Joshua touched hands with guest ringside analyst and unbeaten World Boxing Council heavyweight champion Deontay Wilder and then called out Tyson Fury, the troubled former champion who vacated his three belts after beating Klitschko by decision in late 2015 because of problems with drugs.

Hearn says he anticipates Joshua fighting again during the September-December window.
Espinoza is building toward a Joshua bout with fellow Showtime fighter Wilder, but the unique trappings are that 2012 Olympic champion Joshua is setting pay-per-view and gate records at home, while Wilder (39-0, 38 KOs) felt so victimised by the extended heavyweight malaise that he’s fought recently at his hometown arena in Birmingham, Alabama. 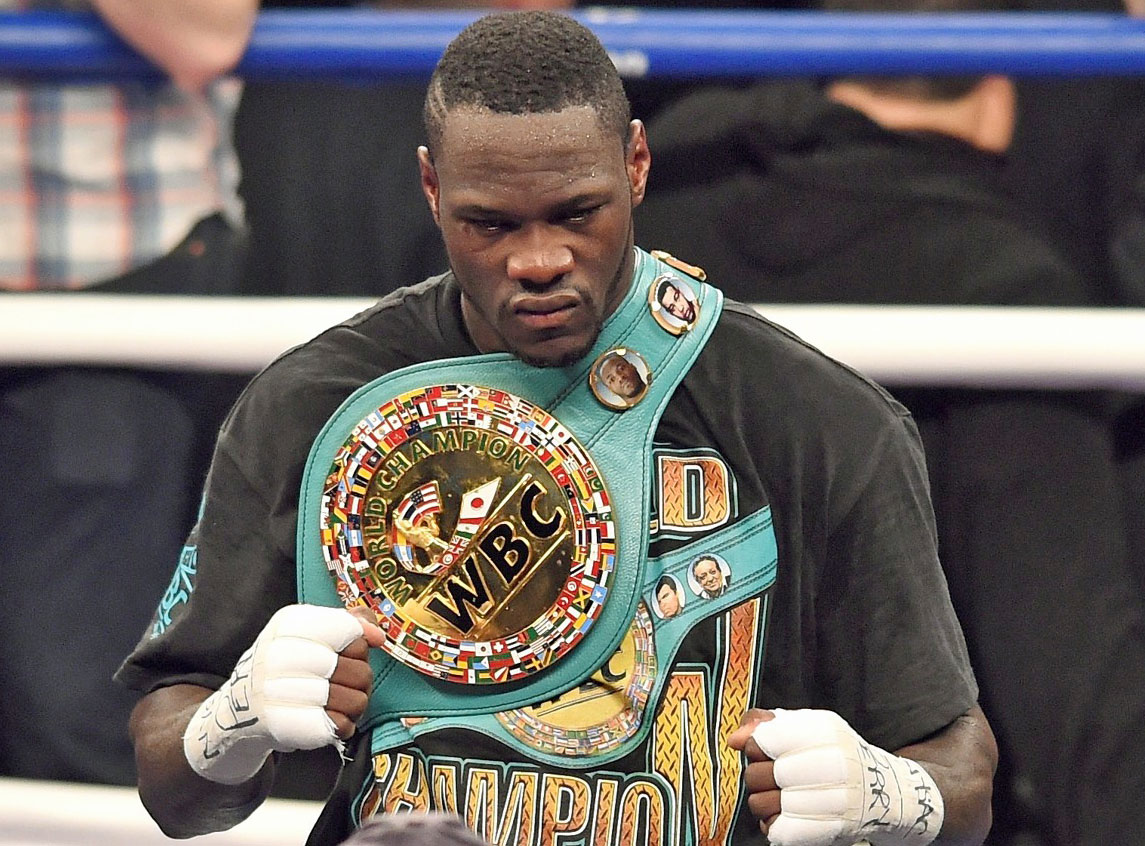 “We could see an undisputed champion within a couple fights, an interesting style match-up between two likable, charismatic personalities, as well as two tremendous athletes. It’ll be a fight that could set a new high watermark in terms of recent history,” Espinoza said.
– Associated Press