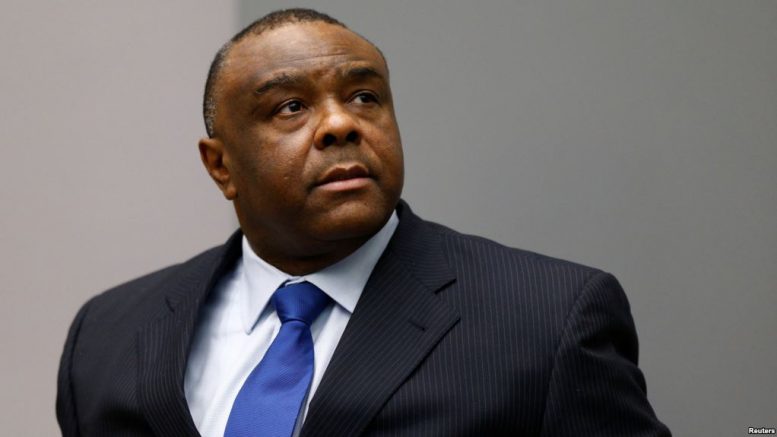 FILE - Jean-Pierre Bemba Gombo of the Democratic Republic of the Congo sits in the courtroom of the International Criminal Court (ICC) in The Hague, June 21, 2016.


Judges at the International Criminal Court Wednesday sentenced former Congolese vice president Jean-Pierre Bemba to an additional year in prison and fined him $324,000 for bribing witnesses during his earlier trial on war crimes.

Four other members of Bemba’s legal team also were sentenced by The Hague-based court. They were found guilty back in October of bribing and otherwise influencing 14 defense witnesses to try to tilt the outcome of the first trial, which led to a March 2016 conviction for war crimes and crimes against humanity.

This was the ICC’s first case dealing with witness tampering. Bemba’s lawyer, Aime Kilolo, was given a two-and-a-half-year suspended sentence as well as a $32,000 fine for his involvement.

Bemba is currently serving an 18-year term in connection with widespread abuses by his forces in the neighboring Central African Republic in 2002 and 2003. Last year, judges ruled he was criminally responsible for acts of murder, rape and pillage carried out by his militia in the CAR. He was not only the first person convicted by a global war crimes court for crimes of sexual violence, but also the first to be held directly responsible for crimes committed by his soldiers.