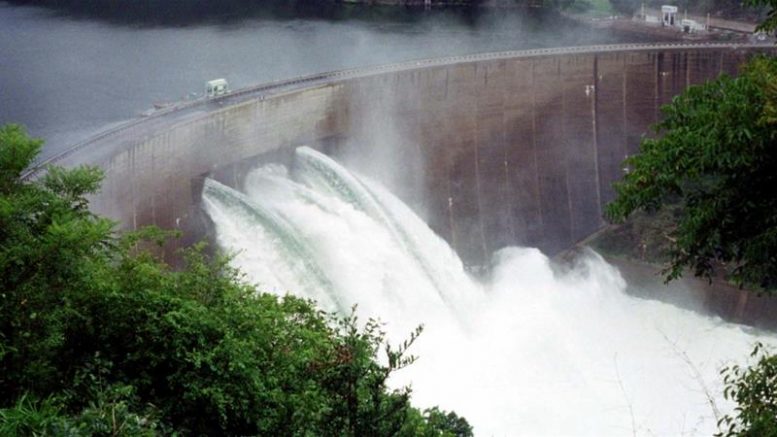 The Kariba Dam wall on the Zambezi river is seen with three flood gates open, in Karibe, Zimbabwe [File:Reuters]


Zimbabwe’s government has said that floods have killed 246 people and left nearly 2,000 homeless since December.

The southern African country has appealed to international donors for $100m to help those affected by the floods, which have washed away several bridges and roads and cut off some communities from surrounding areas.

Saviour Kasukuwere, Zimbabwe’s minister of local government, declared a national disaster and announced the death toll on Thursday, saying 128 people have been injured in the floods.

Unable to get balance of payment support from foreign lenders due to unpaid arrears, and with more than 90 percent of its national budget going to salaries, Zimbabwe’s public infrastructure has been crumbling for more than a decade.

Transport Minister Joram Gumbo told reporters on Wednesday that in the southern parts of the country, some sections of highways and bridges were completely washed away following the latest heavy rainfall.

Gumbo said the government would raise $100m to repair the country’s infrastructure. The national road agency would chip in with half of the money, which it would borrow from local banks, he said.

“The state of our roads has further deteriorated to the extent that some sections of the national road network have become impassable,” Gumbo said.

Meanwhile, health services in Zimbabwe are grinding to a halt after nurses joined a strike by doctors over unpaid bonuses.

Army medical professionals have been called in, but are struggling to deal with the number of patients.

While healthcare workers are out on the streets and the country is facing a national emergency as a result of the deadly floods, Zimbabwe’s president, Robert Mugabe, is in Singapore for medical treatment.