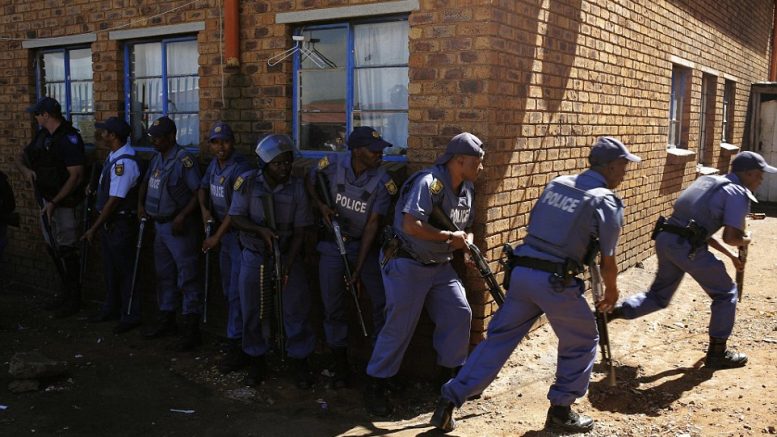 
While the Nigerian government criticizes South Africa’s handling of recent xenophobic attacks on Nigerians, the South African Government has deported 97 Nigerians for committing various offenses in the country.

The property of several Nigerians and other sub-Saharan Africans have been destroyed across South Africa in xenophobic attacks that have been condemned by various governments.

The 97 deported Nigerians landed at the Murtala Muhammed International Airport, Lagos on Monday night in a chartered aircraft with the registration number GBB710 from Johannesburg.

The News Agency of Nigeria reports that they were made up of 95 males and two females.

Joseph Alabi, the spokesperson of the Lagos Airport Police Command, confirmed the development.

An immigration source told NAN on condition of anonymity that six of the deportees were returned to the country for drug offenses while 10 were arrested and deported for other criminal offenses.

The others were said to have committed immigration offenses in the Southern African country.

All the deportees were profiled by officials of the Nigeria Immigration Service (NIS) while those deported for drug related offences were handed over to the Police for further investigation.

The Federal Government had also on Monday evacuated 41 Nigerian girls who were trafficked to Mali for sex and labor exploitation.

Six of the suspected human traffickers were also apprehended and brought back to the country for prosecution.