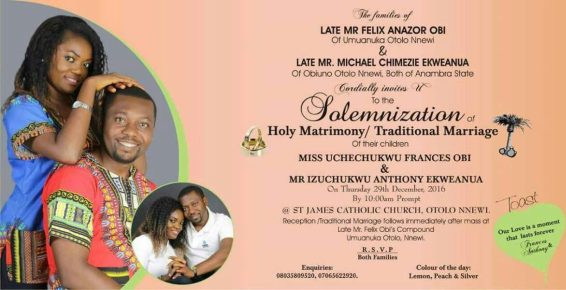 
Izuchukwu Ekweanua posted his wedding cancellation on Facebook, few days before the scheduled nuptial ceremony on 29th of December 2016.

A few hours later, the bride-to-be, Frances Uchechukwu Obi, also reacted to the news by announcing the cancellation of the wedding on Facebook.

According to a source who claimed to be the lady’s cousin, the bride-to-be was accused of still seeing another man days before the wedding.

This shocking news received lots of reactions from their friends and followers.

Here is the groom Izuchukwu Ekweanua’s announcement on his Facebook page: 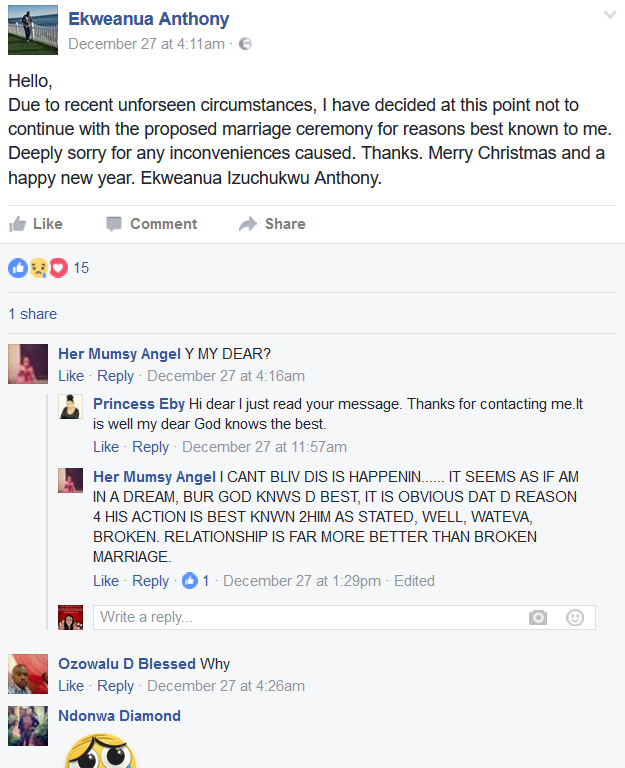 Here is the bride Frances Uchechukwu Obi announcement on her Facebook page; 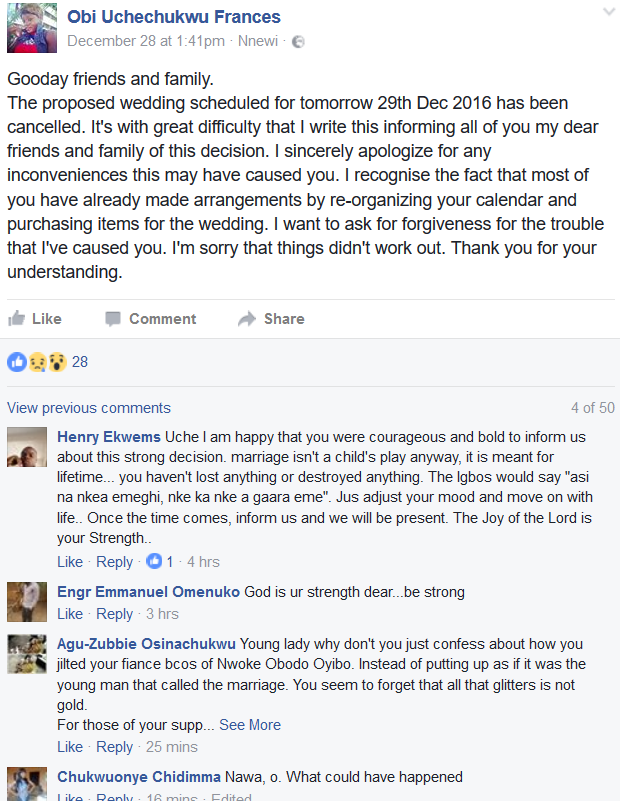 More reactions by friends and followers; 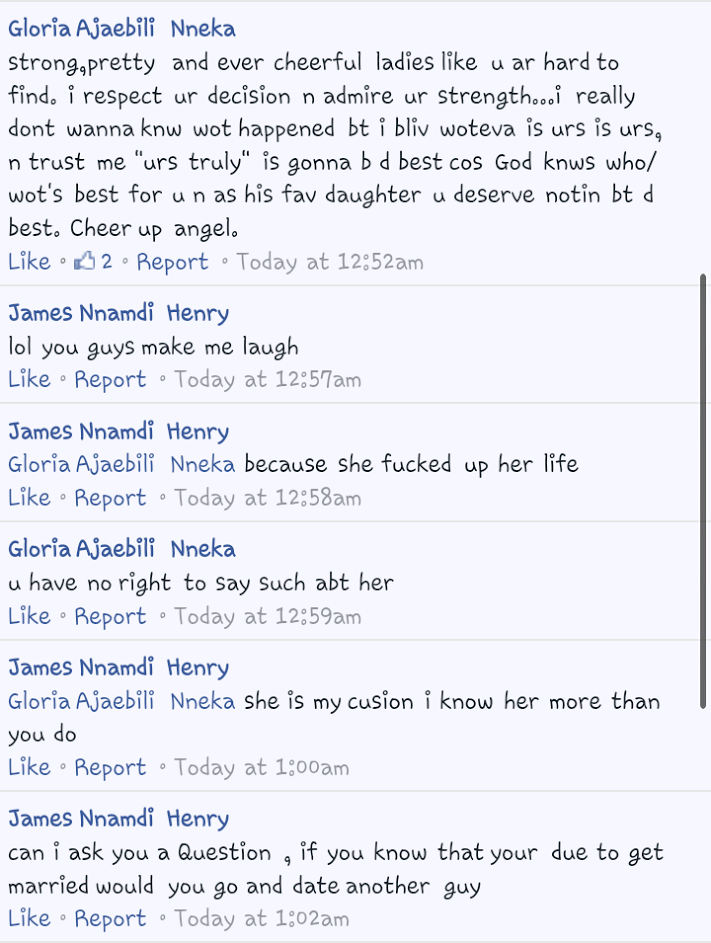 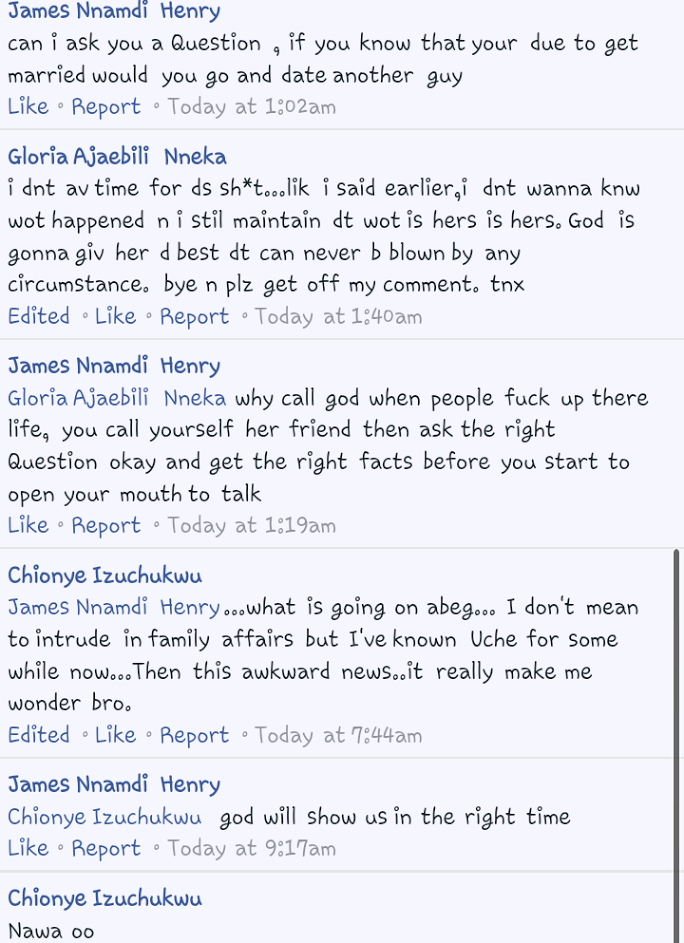