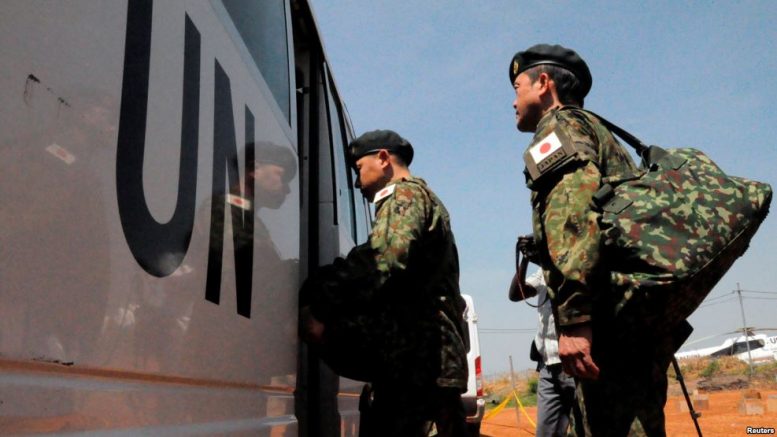 
The United Nations Security Council has unanimously extended its peacekeeping mission in South Sudan for another year.

The U.S.-drafted resolution says the council also will consider “appropriate measures” including an arms embargo against South Sudan to address continuing violence in the country.

The new mission covers a new regional force of 4,000 troops, approved in August but not yet deployed, in addition to the approximately 13,000 peacekeepers already there.

Ban warned that violence in South Sudan, including “mass atrocities” and “recurring episodes of ethnic cleansing,” could escalate into genocide.

Tensions have been growing between South Sudan’s government and the U.N. mission. South Sudan initially rejected a U.S. proposal to deploy an additional 4,000 U.N. peacekeepers to the country in the wake of the fighting in July, but has now agreed to allow them, even though the technicalities are still being worked out.