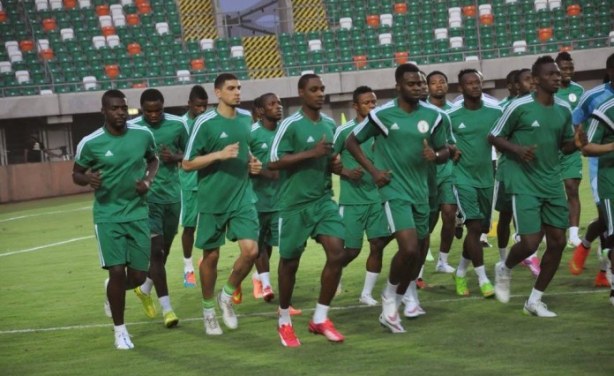 
Nigeria’s Super Eagles have moved 10 places up in the November FIFA World ranking to 50th.

In the rankings on the website of the world football governing body on Thursday, Nigeria is now placed joint 50th with Burkina Faso and Slovenia.

Nigeria garnered 616 points for the month of November after defeating Algeria 3-1 in the 2018 World Cup qualifier earlier in the month.

With this movement, Nigeria is now joint 7th with Burkina Faso at the continental level behind Senegal, Cote d’Ivoire, Tunisia, Egypt, Algeria and Congo DR.

The News Agency of Nigeria (NAN) reports that there have been many movements in the latest FIFA/Coca-Cola World Rankings.

Thanks to the 63 FIFA World Cup Russia qualification matches so far played and also to 71 other qualifiers and international friendly matches that took place over the past few weeks.

On the global scene, Argentina remains top for November, but has seen their command on the summit weakened by close rivals, Brazil (2 up 1).

The December ranking will be the final ranking for 2016 and will be published on Dec. 22.

It will reveal the winners for the “Team of the Year Award”, given to the team in first place by year’s end.

“Mover of the Year” is awarded to the team that has won the most points over the course of the year.