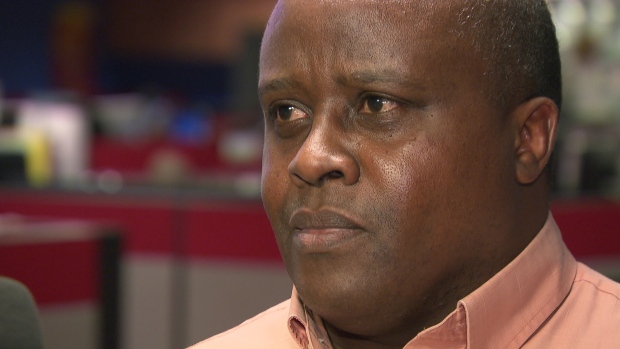 The National Public Prosecution Authority has welcomed Canada’s decision to deport genocide suspect Henri Jean-Claude Seyoboka who was a second lieutenant in the army during the 1994 uprising against the Tutsis.

Jean Claude Seyoboka’s 20-year run from justice finally came to an end after Canada deported him to face the law for his role in the 1994 Genocide against the Tutsi.

Seyoboka, 50, is the second Genocide suspect to be deported by Canada, after Dr Leon Mugesera in 2012.

During the 1994 Genocide against the Tutsi, Seyoboka was a second lieutenant in the genocidal army (Ex-FAR) and lived in the Kiyovu area in Nyarugenge District, according to prosecution.

According to a statement issued by NPPA, the suspect, fled the country in 1994 after committing Genocide and crimes against humanity.

He had lived in Canada since 1995 and his role in the Genocide against the Tutsi came to the fore in a trial by the now disbanded International Criminal Tribunal for Rwanda, when he was interviewed as a witness in a Genocide case.

It is during this time that his military background, which he had not disclosed to Canadian immigration authorities, came to their attention.

“Jean Claude Seyoboka will be tried for Genocide, extermination and murder as crimes against humanity that took place in Nyarugenge-Kigali City, where he participated in meetings that planned killings,” reads part of the NPPA statement.

Prosecution notes that the suspect participated in extermination of more than 72 Tutsis who had sought refuge at a former African languages school in Kigali (CELA), and personally murdered – by shooting – the Tutsi in various places in the then Rugenge sector of Kigali.

He is also reported to have supervised killings in cohorts with other convicted militia leaders, including the former prefect of Kigali, Tharcisse Renzaho, Ephraim Setako, and Odette Nyirabagenzi, former leader of Rugenge sector.

In 2007, the Gacaca court of Nyarugenge sector tried Seyoboka in absentia and sentenced him to 19 years for his participation in the Genocide.

Jean Damascène Bizimana, the executive secretary of the National Commission for the Fight against Genocide (CNLG), yesterday welcomed the deportation and equally applauded Canadian authorities for helping “fight impunity.”

“This is very positive in the sense of justice as far as the crime of Genocide and crimes against humanity are concerned,” Bizimana said.