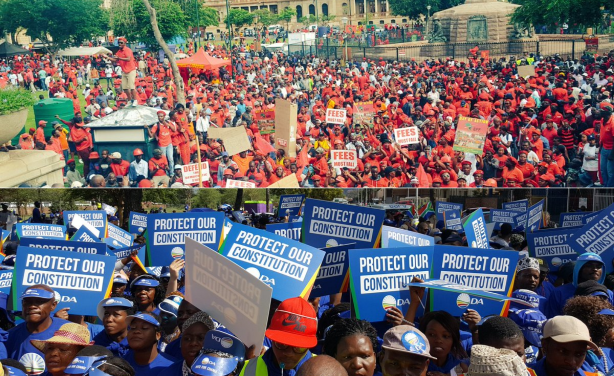 Hundreds of DA supporters gathered in Pretoria on Wednesday morning to march to the magistrate’s court, calling for the Constitution to be protected.

Dressed in blue party T-shirts, many supporters walked along Frances Baard street, singing, dancing and calling for President Jacob Zuma and the Gupta family to fall.

Marchers held up placards, some of which read: “Protect our Constitution”.

There was also a high police presence.

Several marches had initially been planned to show support for Finance Minister Pravin Gordhan after he was charged with fraud by the National Prosecuting Authority (NPA).

Zuma’s lawyers withdrew his application to interdict the release of the Public Protector’s report on “state capture” on Wednesday morning.