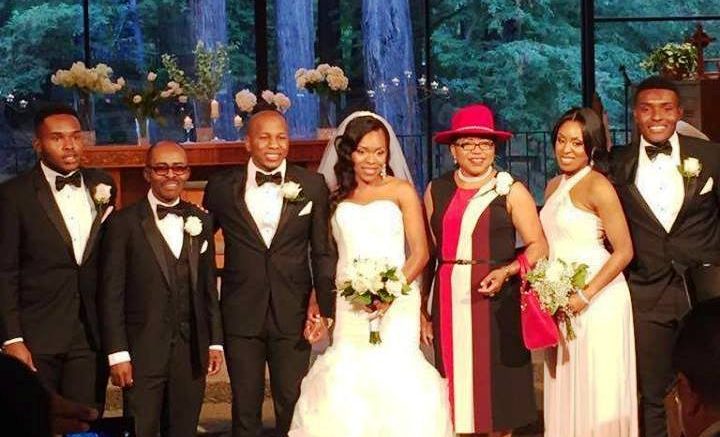 In what can only be described as the grand event of the year, Engineer Ugochi
Kenechi Ezekwo and Mazi Winston Amaechi Okereke, celebrated their nuptial this
past weekend in San Francisco, California.

Video highlight of the reception ceremonies:

The weekend-long celebration, attended by friends and family members from across
the globe, was kicked off on Friday, September 2, 2016, with a lavish
traditional bridal shower and wedding ceremonies at Saint Mary’s Cathedral hall
in San Francisco.

The celebration continued through Sunday, September 4, 2016,
with a formal wedding ceremony and reception at the Marriott Hotel ballroom in San Mateo, which lasted until early Monday morning.
The colorful event was complemented with delicious Nigerian cuisines, endless champagne, variety of drinks and beautiful decor.

As reflected in the pictures and video, everyone, young and old, were thoroughly enjoying themselves and having a great time at festivities, in celebration of the union.
Music, a critical aspect of every festivities was provided by John Jayhitz Opara.
Congratulations to Engineer Ugochi and Mazi Winston Okereke and their entire
family for making it a memorable event.