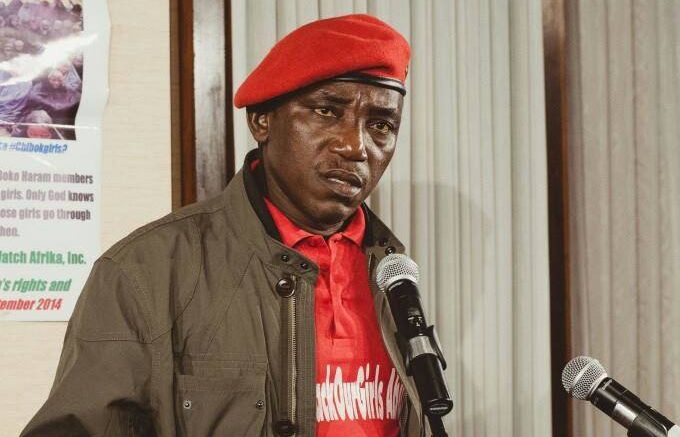 He disclosed this in an interview with State House Correspondents on Monday, after a closed-door meeting with President Muhhammadu Buhari.

The Minister said Nigeria is the team to beat at the Mundial because the team is poised to win the global competition.

“As I keep saying, we are going to Russia as contenders and not mere participants and to as what point will Nigeria reach this time, as some are suggesting, I hereby say we are not going there to end the competition midway. We are going there for the cup and we will do everything possible within our best to make sure that we realize our ambition,” he said.

The Minister of Sports, who expressed satisfaction with the level of preparation of the Super Eagles for the competition, said he was in the State House to brief President Muhamamdu Buhari on the level of preparedness of the country’s men’s national team, and appeal for the release of funds meant for the team.

“I saw the President to brief him on the level of progress made in preparation for the World Cup and to also update him on the performance of the country at the recently concluded Commonwealth games and the need for him to mobilise more support for our team the Super Eagles and I informed him about the approved budget for the World Cup, where I informed him that he has to intervene because we are yet to get releases and he promised to ensure that we get the funds without further delay,” the Minister said.

Dalung said Nigeria has already received its grants from both the Federation of International Football Association FIFA and the Confederation of African Football CAF, which the team has been using to prepare for the global football fiesta.

The Minister said he also raised concern on the plan by some unpatriotic people that want to use the World cup to tarnish the image of Nigeria, through racketeering and human trafficking during the World Cup are stopped.

He gave the assurance that anybody that would form part of Nigeria’s contingent to the World Cup would be properly screened and documented to avoid acts capable of projecting Nigeria in a bad light.

Dalung assured Nigerians that the match between Nigeria and the national team of the Democratic Republic of Congo would hold next week and measures have been put in place to ensure that the Ebola virus being witnessed in some parts of DRC is not imported into Nigeria.
– Nnenna.O I VON