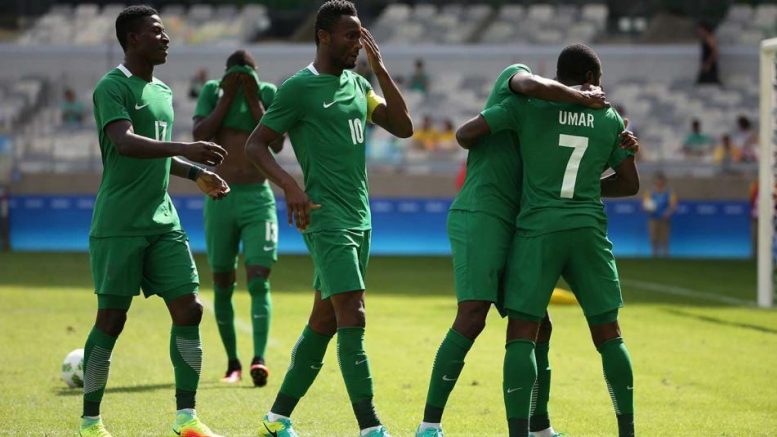 In the 7th minute, Nigeria nearly opened the scoring after some great passing in the box. The ball came to Aminu Umar on the left side and he fired a shot that hit off both posts, but somehow stayed out of the goal.

Honduras had its first scoring chance a few minutes later as Alberth Elis sent a header toward goal forcing Nigeria goalkeeper Emmanuel Daniel into a save.

Then, in the 34th minute, Nigeria’s John Obi Mikel got on the ball in the box and sent in a cross that beat Honduras goalkeeper Luis Lopez and found teammate Sadiq Umar for the tap-in, making it 1-0.

That goal proved to be the difference in the first half as the teams went into halftime with Nigeria holding a one-goal advantage.

It didn’t take long for Nigeria to add to its lead in the second half. In the 49th minute, Mikel took a shot that Lopez could only knock away. The rebound then fell to Aminu Umar who scored Nigeria’s second goal.

Seven minutes later, Sadiq Umar get by a Honduras defender and sent a low shot into the back of the net to make it 3-0 in favor of Nigeria.

Honduras got a goal back with just under 20 minutes remaining in the match as Antony Lozano won a header in the box to cut into his team’s deficit.

Honduras made the score 3-2 in the 86th minute as defender Marcelo Pereira skied above the defense to score off a header.

Despite Honduras’ comeback effort, Nigeria was able to hold on to earn the bronze medal with a 3-2 victory. It is Nigeria’s third medal in Olympic men’s soccer.

Honduras has still never won an Olympic medal in any event in the country’s history.