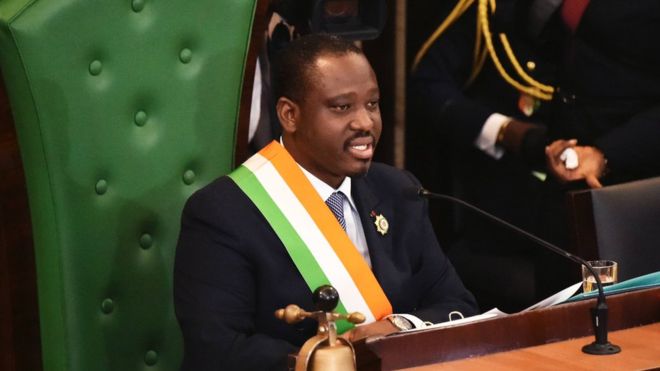 
ABIDJAN (Reuters) – Authorities in Ivory Coast have questioned two senior military officers close to parliamentary speaker Guillaume Soro, one of his spokesmen said on Wednesday after an arms cache was found recently in the home of an aide.

The weapons were seized from a house in Ivory Coast’s second-biggest city, Bouake, owned by Soro ally Souleymane Kamarate Kone – known locally as ‘Soul to Soul’ – by mutinous soldiers during a four-day revolt over bonus payments.

Unrest within the ranks of the army this year has tarnished the image of the world’s top cocoa grower, which has emerged from a 2011 civil war as one of Africa’s fastest growing economies.

Kone has been questioned twice by gendarmes accompanied by a prosecutor and was due to appear for the third session on Wednesday, said Issa Doumbia, a member of Soro’s communications staff.

“They were questioned yesterday evening, first Kobo and after Yeo,” Doumbia said. “For the moment we do not know what they want.”

Reuters revealed last week that the mutineers were tipped off about the location of the arms in a phone call. The development shifted momentum in their favor and forced the government to capitulate to their demands.

The soldiers declined to say who had placed the call. But the discovery of the weapons at the home of Kone – Soro’s director of protocol – has provoked a rift between the speaker’s supporters and some other members of the ruling coalition.

Soro headed a northern rebellion between 2002 and 2011 that helped President Alassane Ouattara to power after his predecessor Laurent Gbagbo refused to accept defeat in a 2010 election.

He is considered one of the main contenders to take over from Ouattara, who cannot run for re-election in 2020, but he faces strong opposition from others in the ruling coalition.

Soro has so far declined to comment on the weapons.

Diplomats and analysts worry that a series of army mutinies beginning in January, which have exposed a lack of civilian control over the armed forces, may be a symptom of jockeying for position by political figures ahead of the 2020 vote.