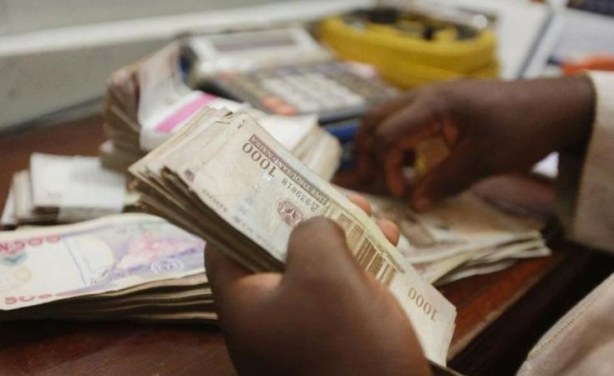 
The naira yesterday depreciated further to N397 per dollar in the parallel market even as the Central Bank of Nigeria (CBN) injected another N240 million dollars into the foreign exchange market.

Of that amount, $90 million was to meet requests for invisible such as Business Travel allowance/Personal Travel Allowance (BTA/PTA), medical and school fees. The balance of $150 million was given to authorized foreign exchange dealers in the interbank wholesale auction window.

He added that henceforth the apex Bank would sell $10,000 only to low-end forex dealers once a week, instead of the twice weekly earlier announced.

He said, the CBN in a bid to further ease the access of customers, has also directed all banks to pay cash over the counter to desiring foreign exchange customers.

While urging the banks to oblige the genuine requests of customers, the spokesman advised customers to report any uncooperating bank to the CBN through available platforms.

It will be recalled that the CBN in the recent months has made offers and releases to the inter-bank foreign exchange market in its bid to sustain forex rule supply to different categories of users.

Meanwhile, the CBN spokesman expressed optimism that the sum of $150 million offered to authorized FOREX dealers in the interbank wholesale window to meet the requests of genuine wholesale customers would be fully subscribed at the auction as was the case at the last auction on March 28, 2017.

Vanguard survey revealed that the parallel market exchange rate which closed at N390 per dollar last week rose to N397 per dollar at the close of business yesterday, indicating N7 or 1.7 per cent depreciation.

Last week the parallel market exchange initially dropped from N390 to N380 per dollar, before rising again to N390 per dollar.

Bureaux de change operators who spoke to Vanguard attributed the sudden reversal of the naira, after six weeks of appreciation from N520 per dollar to N480 per dollar, to scarcity in the parallel market.

President, Association of Bureaux De Change Association of Nigeria (ABCON), Alhaji Aminu Gwadabe said: “The pressure is back on the naira because there is scarcity in the market. The banks are still not selling; they are claiming that they have not received dollars from CBN for forex sale via card to end-users.” He, however expressed optimism that the increased dollar supply to BDCs, starting from today will positively impact on the parallel market exchange rate.