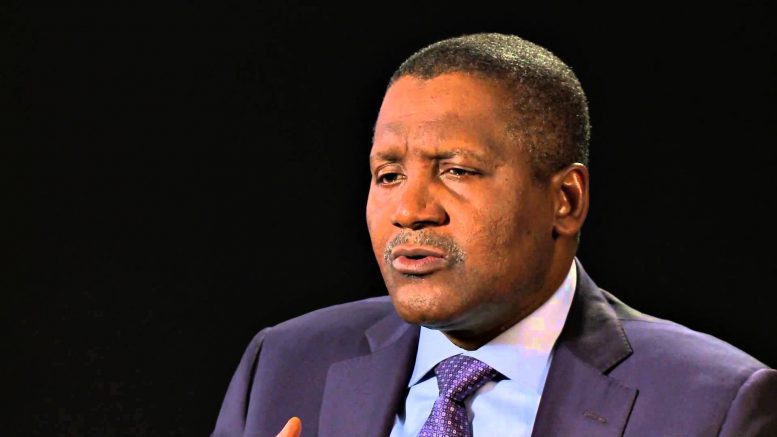 Despite the widely reported story yesterday that South Africa had overtaken Nigeria as Africa’s biggest economy, the continent’s richest man; Aliko Dangote has averred that Nigeria remains the number one economy in Africa.
The president of the Dangote Group spoke on Thursday at the Lagos Chamber of Commerce and Industry 2016 presidential policy dialogue session, arguing that the problem with the economy did not start with the present administration.

After over two years in the position, Nigeria lost the enviable position to South Africa owing to the appreciation of the rand, South Africa’s currency, and the devaluation of the Nigerian naira following the introduction of a flexible foreign exchange rate regime. However, Dangote was resolute that Nigeria’s place in the African economy has not yet been overtaken.