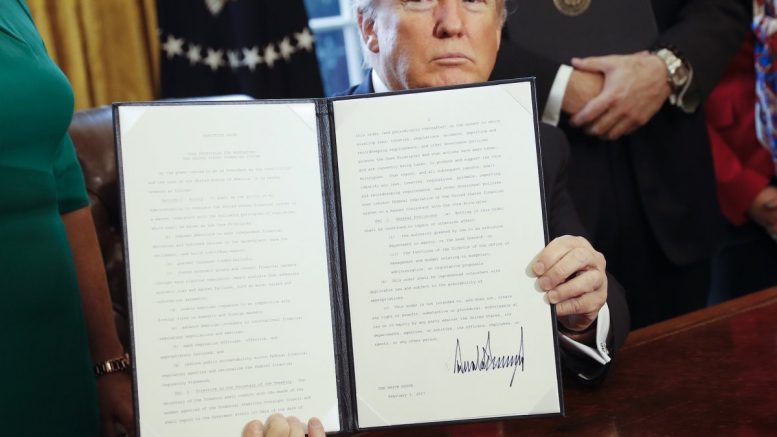 The move Wednesday sets the stage for the Justice Department to appeal to the U.S. 9th Circuit Court of Appeals to reverse the ruling.

U.S. District Judge Derrick Watson’s original order halting the travel ban was issued March 15, a day before the ban was to go into effect, in the form of a temporary restraining order.

At a hearing in Honolulu on Wednesday, federal lawyers asked Watson to either dismiss that order or narrow the restrictions to apply to fewer parts of the travel ban.

Instead, Watson said he would turn the order into a preliminary injunction, which has the effect of extending his order blocking the travel ban for a longer period.

Watson said he would keep intact the restrictions on the travel ban — a block of its 90-day moratorium on travel to the U.S. from nationals of six majority-Muslim countries and its 120-day pause on new refugee resettlement.

If the Justice Department appeals the case, it will be heard in the same court that upheld a national halt to Trump’s first travel ban last month after a Seattle federal judge ruled against it.

The administration has already appealed to the U.S. 4th Circuit Court of Appeals a Maryland judge’s more limited March 16 ruling that stopped enforcement of the travel order’s country-specific ban.

Both the Hawaii and Maryland judges found Trump’s executive order to discriminate against Muslims. They used the president’s campaign statements promising to suspend Muslim travel to the U.S. as evidence of the order’s anti-Muslim bias.

Government lawyers have argued that the president is not singling out Muslims but instead acting within his power to restrict immigration and safeguard national security while better vetting procedures are developed to prevent potential terrorists from entering the U.S.

Trump has said he’ll take the case over the travel ban to the U.S. Supreme Court.