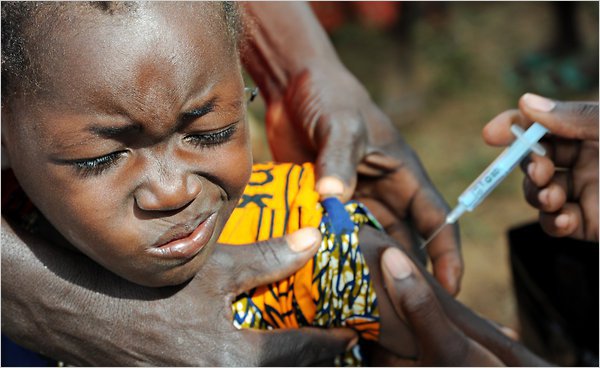 
ABUJA (Reuters) – An outbreak of meningitis in Nigeria has killed 269 people in recent weeks, the Nigeria Centre for Disease Control said, as Africa’s most populous country and aid organizations attempt to tackle the surge in infections.

As of Monday, 1,828 suspected cases of meningitis were reported with 269 deaths in 15 of the country’s 36 states, the Nigeria Centre for Disease Control (NCDC) said on Twitter late on Tuesday.

The center said on its website that 33 people died of meningitis in 2016.

More than 2,000 people died from an outbreak of the disease in Nigeria in 2009, with basic healthcare limited in rural parts of the country, where most people live on less than $2 a day, despite the country’s huge oil resources.

Meningitis is the inflammation of tissue surrounding the brain and spinal cord which can be caused by viral or bacterial infections. It spreads mainly through kisses, sneezes, coughs and in close living quarters.

The NCDC said it was now working with the World Health Organisation, the U.N. Children’s Fund and Medecins Sans Frontieres, also known as Doctors Without Borders, to try to control the outbreak.