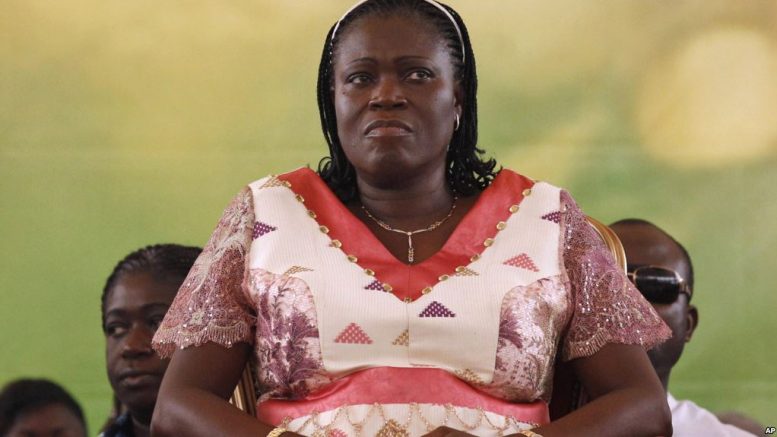 Gbagbo was not in court when the verdict was announced. Prosecutors have 60 days to appeal. They had called for life in prison.

Gbagbo was accused of leading a cell that carried out violent reprisals against opponents of her husband, ex-president Laurent Gbagbo, including supplying it with weapons and attack helicopters.

The International Criminal Court in the Hague had sought to arraign her but agreed to let her stand trial in Ivory Coast.

Human Rights Watch and victims rights groups in Ivory Coast say they are disappointed with the verdict, which they say leaves a lot of questions about her role in the violence unanswered.

But Gbagbo still must serve a 20-year prison term on previous charges of endangering the state.

Her husband is on trial in the Hague for alleged crimes against humanity.

Ivory Coast exploded into violence in 2011 when Laurent Gbagbo refused to give up power after losing a presidential election to Alassane Ouattara. About 3,000 people were killed.
– Ken Schwartz I VOA