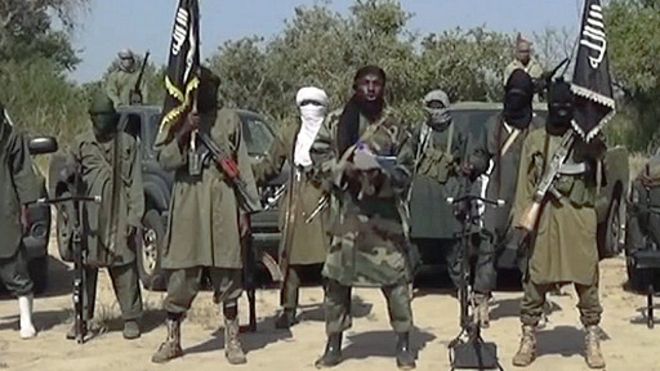 
An organization that monitors extremist groups says Boko Haram has released a video showing the killing of three accused spies by gunshot and beheading.

The SITE Intelligence Group said in a statement Thursday that a fighter in the video uploaded Monday calls those killed “agents” of Nigerian President Muhammadu Buhari.

Nigeria’s president declared the Boko Haram insurgency “crushed” late last year, but its fighters continue to threaten the vast region around Lake Chad in defiance of a multinational force.