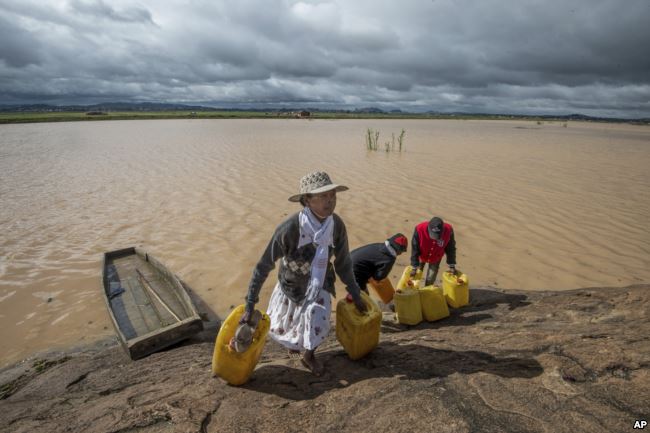 
ANTANANARIVO — The death toll from Cyclone Enawo, which slammed into Madagascar this week, rose to 38 people from an initial figure of five, the country’s disaster management agency said.

Enawo hit Madagascar’s vanilla-producing northeastern coast on Tuesday morning and started moving across the island nation as it weakened. 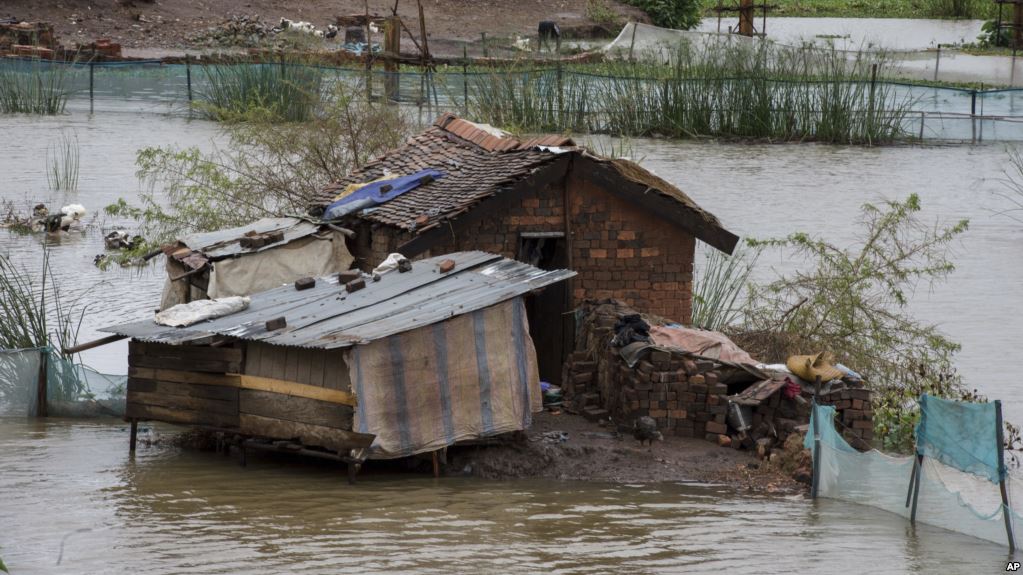 Flood waters are seen in parts of Madagascar’s capital, Antananarivo, on Thursday, March 9, 2017. Officials in Madagascar say the death toll from Cyclone Enawo has risen to five and about 10,000 people have left their homes because of storm damage. (AP Photo/Alexander Joe)

Thierry Venty, Executive Secretary of the National Bureau of Risk and Disaster Management (BNGRC), said on national television late on Friday that those killed included victims of landslides caused by the storm. A total of 180 people were injured, he said. 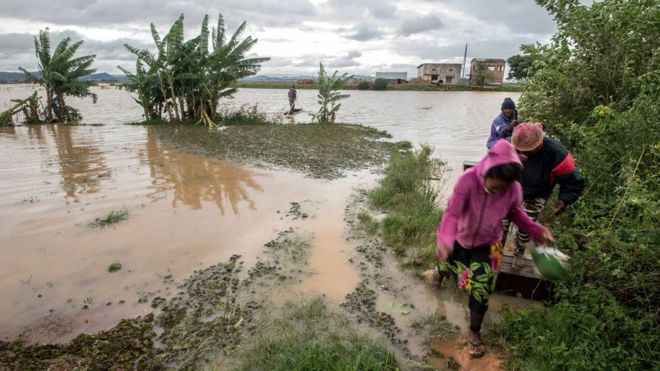 The death toll has risen in Madagascar. Pictured: Flooding in the capital

Another 116,191 people were displaced or had their property damaged, he said, with 53,172 people taking shelter in centers set up across the country.

“The damage is enormous wherever the cyclone has gone,” Venty said.

The local weather forecasting service said Enawo was one of the worst storms to hit the country in recent years.
– Reuters