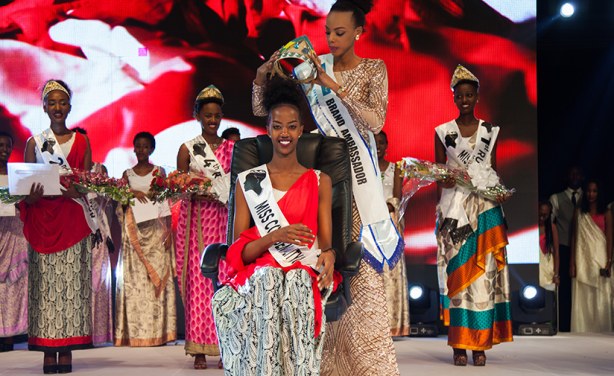 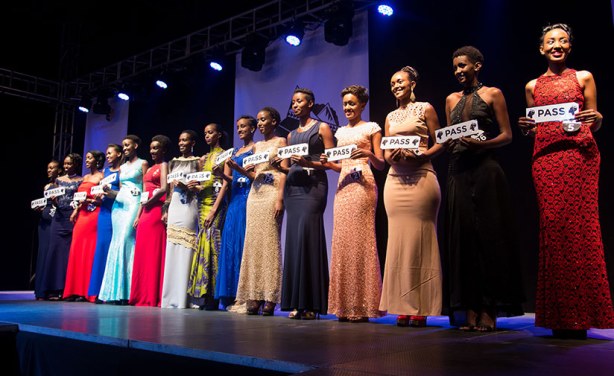 But before the drama and tears leading to the crowning of Iradukunda, there was a bit of an upset brought by poor time keeping. While the event was scheduled to start at 5 pm, it kicked off 3 hours late.

After a long wait, the event kicked off at 8:30 pm with an opening speech from Dieudonne Ishimwe, the chief executive of Rwanda Inspiration Backup, the company that organizes Miss Rwanda.

Ishimwe delivered a recorded speech particularly giving a sneak peek into the not so simple voyage of how far the contest has come and recognizing the sponsors, the partners and everyone who has supported the activity since day one.

Dressed by Sonia Mugabo, a local fashion designer, contestants beautifully presented their catwalk skills, but this time more creatively as some would mix some dance moves as they walked on the stage.

On male reveller identified as Joseph Neza exclaimed that there was something unique about this year’s finale. The contestants were more lively and real despite the seemingly crammed project presentation.

Right after the first catwalk session, a short video showing the journey of this year’s competition was played to the public.

The video featured the former Miss Rwanda Mutesi talking about some of her achievements during her reign, but also giving some of her biggest experience as someone who was crowned after just completing her secondary school.

She noted that the crown came with a challenge considering that she was young and didn’t know much about the outside world.

The video also introduced the highlights of the life of the finalists during the two-week boot camp that took place at Golden Tulip Hotel La Palisse in Bugesera district.


Shortly after the introduction, the girls, supported by Inganzo Ngari cultural troupe, displayed amazing traditional dance moves, amid cheers from the excited crowd. When they were done, it was time for the judges to test the contestant’s general knowledge and understanding.

Judges considered, among other things, beauty, elegancy, and expression. Judge Mike Karangwa said expression accounted for 30 per cent of the total marks, beauty 30 per cent, and substance 40 per cent.

Throughout the entire event, all girls shimmered in dresses from Kabash Fashion House and Ian Boutique.

Iradukunda, said, during her reign as Miss Rwanda 2017, her target is to promote Made in Rwanda brands in order to enhance consumption of local products and to cut down on the country’s trade deficit.

“If we are able to wear International brands like D&G, why can’t they also rock our local made in Rwanda products,” Iradukunda said during her presentation, insisting that in partnership with the ministry in charge and Rwandan entrepreneurs, they will set the bar high.

Christine Mukandekezi, the mother of the new beauty queen told The New Times that, “Iradukunda has always dreamed to be part of Miss Rwanda but never in our dreams did we see her take the crown. Just like she said, all this has been down to prayers; she prayed a lot and we believed with her.

“As parents, all we had to do is show our support and love. We can’t be more proud of her really,” the elated mother said.

The new beauty queen walked back home with a brand new Suzuki Swift worth Rwf15 million, courtesy of the main sponsor Cogebanque, a local bank.

Besides, Iradukunda will be getting a monthly salary of Rwf 800,000, according to the organisers, among other perks.

For the first time in the history of Miss Rwanda pageant, all the 15 finalists were given full scholarships to pursue undergraduate degrees at Mahatma Ghandhi University.