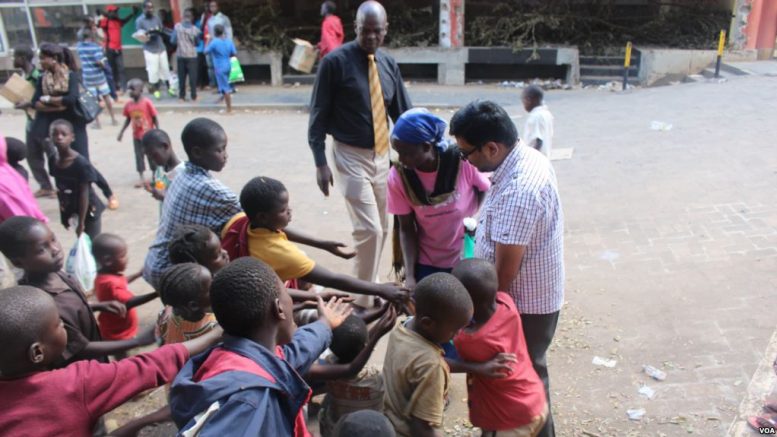 A Homeless of Nairobi volunteer offers children some snacks. Through social media, Clifford Oluoch has been able to collect money from well wishers that has enabled him to run a feeding program and children's home. (VOA/Rael Ombuor)


NAIROBI — There are an estimated 60,000 people living on the streets of Kenya’s capital. Three years ago a local teacher decided to offer a meal to some homeless people, and today his impulse has grown into a charity that feeds hundreds every day and has sent some homeless children to school.

It is 5 pm in Nairobi. Traffic is building up in the Highridge Estate area as people rush home from work. A group of street children and families are gathered at a corner, playing and chatting.

Clifford Oluoch parks his car and gets out. A second car off-loads food and other boxed goods. Volunteers start distributing the food. The day’s meal is rice and beans. Later in the evening, they will be having bread and milk.

Oluoch does this every day. He started in 2014. 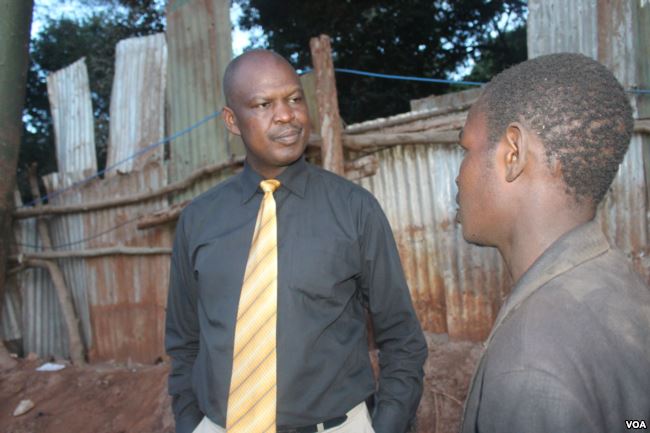 Clifford Oluoch having a word with one of the street children. Apart from feeding families, the charity set up a home where children enrolled to school can have a place to study. (VOA/Rael Ombuor)

“It has been tough, but I think the fulfillment overrides the toughness. There are days you ask yourself, ‘What am I doing?’ Because initially, at the beginning, the cases were too much. I tried to solve everyone’s problem and I got a total emotional burn-out, so I had to learn how to…’This, I cannot’ …. ’This, I can’ and take things that I can. And what I could do was take guys back to school and that has worked beautifully.”

He shares photos and stories from his daily encounters on Facebook. Word spread from there.

The 49-year-old teaches mathematics and physics at a Nairobi elementary school. He initially paid for the food out of his own pocket, but now his charity receives enough in donations to feed approximately 500 people each day. 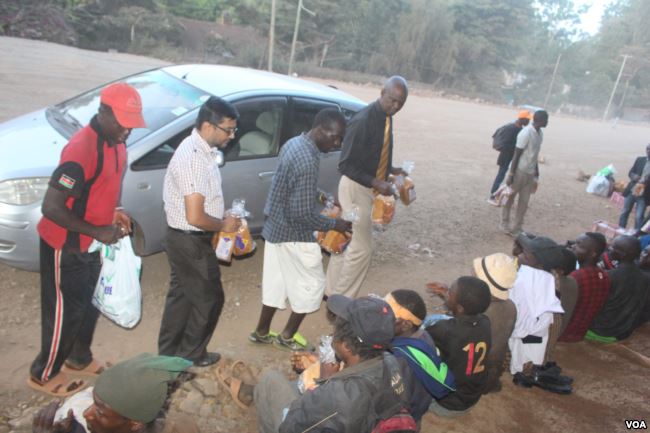 A sense of family

Twelve-year-old Wycliffe Wasike sits quietly as he eats the day’s meal. His parents died when he was 10 and he ended up on the streets. He says these people have become his family.

Oluoch wanted to do more for children like Wycliffe.

His charity, Homeless of Nairobi, raised money to enroll 33 street children in school. The charity also runs a children’s home where the homeless students can come study. Some also live there, though most still choose the streets.

Oluoch says many of the boys he sees are addicted to various substances like glue and marijuana. They first need rehabilitation before they can go to school.

Donations and well-wishers have come from unexpected corners.

And that is what he intends to do. When asked about the future, he says he envisions feeding centers for street children set up throughout the city.
-Rael Ombuor I VOA