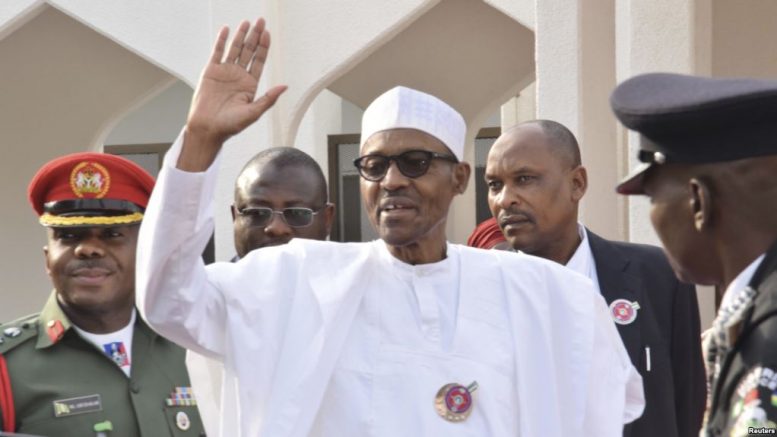 
The White House says U.S. President Donald Trump will speak to the presidents of Nigeria and South Africa by phone today, Monday, February 13, 2017.

Trump’s scheduled talk with Nigerian President Muhammadu Buhari is especially notable because Buhari has not been seen or heard from in public since traveling to London for medical treatment on January 19.

The new U.S. president has said little about Africa and African issues since taking office last month. There was no advance word from the White House on what the leaders will discuss.

According to the White House schedule, Trump will talk with Buhari at 1445 UTC, followed by a call with South African President Jacob Zuma at 1510 UTC.