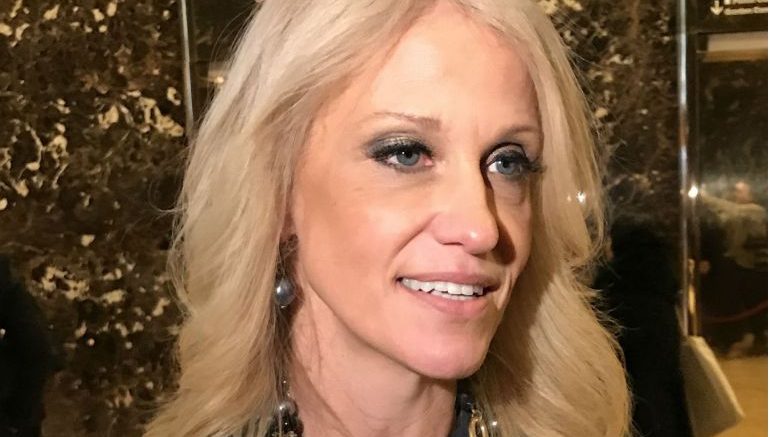 Do you remember where you were during the horrific Bowling Green Massacre? Probably not, because it’s just something Trump adviser Kellyanne Conway made up while trying to justify the travel ban on refugees and immigrants from seven Muslim-majority countries.

During a Thursday night interview with Chris Matthews, the “alternative facts” proponent cited an underreported terror attack while arguing that career civil servants shouldn’t have spoken out against Trump’s immigration order. Conway said:

I bet it’s brand new information to people that President Obama had a six-month ban on the Iraqi refugee program after two Iraqis came here to this country, were radicalized, and they were the masterminds behind the Bowling Green massacre. Most people don’t know that because it didn’t get covered.

Essentially the only accurate part of that statement is that there were no media reports fitting that description. It appears Conway is misstating details about a 2009 incident in which two Iraqi refugees living in Bowling Green, Kentucky were arrested for plotting to send money and weapons to insurgents back in Iraq. In response to the incident, the processing of Iraq refugees was drastically slowed for six months in 2011 as the U.S. tightened up vetting procedures. As PolitiFact notes, hundreds of Iraqi refugees were still admitted to the U.S. during that time.

To be clear, the story is a troubling example of a failure of the U.S. refugee vetting process. Mohanad Shareef Hammadi and Waad Ramadan Alwan were cleared to enter the U.S. in 2009 though they had been detained by local authorities during the Iraq War for insurgent activities. Alwan’s fingerprints had been found on an unexploded IED, but that didn’t show up when he was vetted.

Following a tip, the FBI set up a sting in which an undercover operative offered Alwan an opportunity to ship money and weapons from Kentucky to Mujahadeen in Iraq. Alwan got Hammadi involved in the project, and they were both arrested in 2012 on federal terrorism charges. Alwan was sentenced to 40 years in prison, and Hammadi was sentenced to life in prison.

After Alwan and Hammadi were arrested it was discovered that they may have been involved in an IED attack that killed four soldiers in Iraq in 2005. ABC News reported at the time:

Pennsylvania National Guard soldiers who had served in Bayji in 2005 saw news reports about the two arrests, and Army Staff Sgt. Joshua Hedetniemi called the FBI to alert them to an Aug. 9, 2005, IED attack that killed four of their troopers in a humvee patrolling south of the town. The U.S. attorney’s office in Louisville eventually placed the surviving soldiers in its victim notification system for the case, even though it couldn’t be conclusively proven that Alwan and Hammadi had killed the Guardsmen.

The four Pennsylvania soldiers killed that day were Pfc. Nathaniel DeTample, 19, Spec. Gennaro Pellegrini, 31, Spec. Francis J. Straub Jr., 24, and Spec. John Kulick, 35.
As a result of the incident, fingerprint databases for Iraqi militants were integrated into the databases used to check refugees. President Obama ordered a new review of the 57,000 Iraqis who had recently been admitted into the U.S.

Those incidents received a fair amount of media coverage, but public interest was limited since there was never even a plot to massacre people in Kentucky. As is often the case, the fictionalized story is much more compelling.
– By Margaret Hartmann I New York Magazine