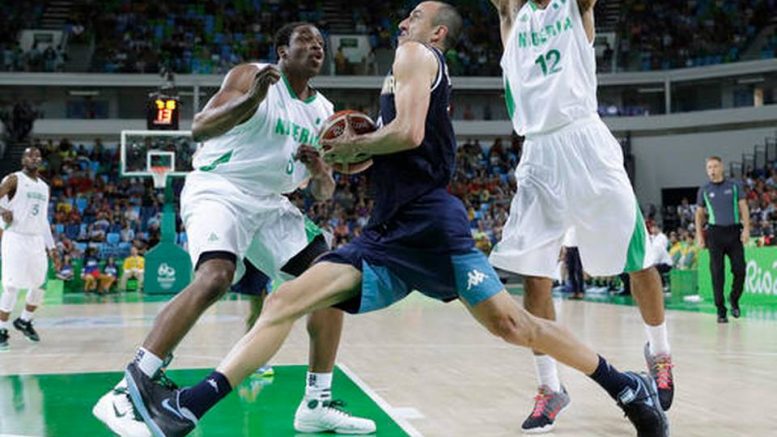 Argentina beat Nigeria 94-66 on Sunday in the final Olympic men’s basketball game of the night.

Facundo Campazzo led Argentina with 19 points, while flag bearer Luis Scola had 18 for the 2004 gold medalists. Patricio Garino finished with 15 in front of crowd filled with flag-waving Argentina fans who sang and chanted for much of the night.

After tight finishes in the first two games of the day, this one wasn’t close in the second half thanks to a balanced scoring effort by Argentina, which put five players in double figures. Andres Nocioni chipped in 10 points.