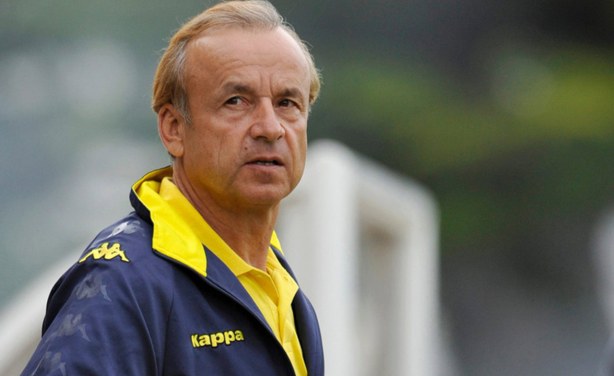 Former Super Eagles coach, Christian Chukwu has given kudos to his successor, Gernot Rohr for being able to turn around the fortunes of the team.

In a telephone chat with the former Nigeria international, he said there was a new trend which he believes was brought about by Rohr’s personality.

“The team’s morale is high at the moment. When he calls players to camp, you notice the response is 100%. No late comers, no big man in camp anymore.”

Chukwu said because Rohr has not treated any player as special, the entire team was highly motivated because the fight for shirts is healthy. “Every player want to win his place in the team. With this spirit in camp, Rohr is beginning to mold them into a team that is full of promise.”

Chukwu, however, feared the frequent paucity of funds in the NFF could slow down the progress being made by Rohr.

“We are appealing to the Federal Government to ensure his program is executed to the letter and let there be no disruptions in our march to Russia”.

Chukwu also joined in the growing call for Super Eagles captain, Mikel Obi to quit Chelsea. “Mikel is an adult. He has come of age to know whether he wants to play for money or just play for fun. I know he still has some years to play at the highest level and will support him if he decides to move elsewhere for regular playing time.”

By Jacob Ajom I Vanguard