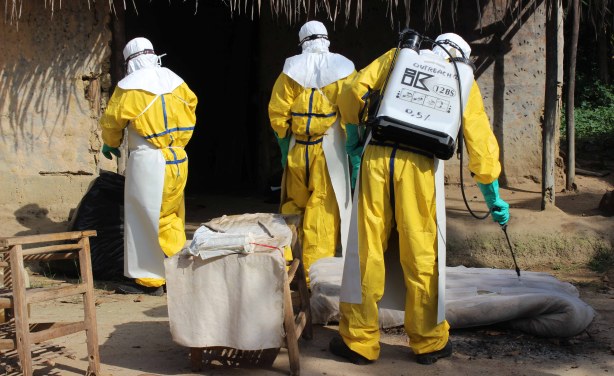 
A prototype vaccine for Ebola has proven effective in Guinea, according to the World Health Organization. It hopes fast-track approval will emerge by 2018. The hemorrhagic virus killed 11,300 people in western Africa.

WHO assistant director-general Marie-Paule Kieny wrote in the medical journal “The Lancet” that an “effective vaccine” for Ebola, dubbed rVSV-ZEBOV should be 80 percent effective in a full-fledged epidemic.

The Canadian-developed vaccine was given to nearly 6,000 people in Guinea’s coastal region of Gasse-Guinée in a “phase 3” clinical trial last year.

It was carried out last year at the tail end of western Africa’s epidemic that began in early 2014 and also spanned Liberia and Sierra Leone, prompting world alarm. 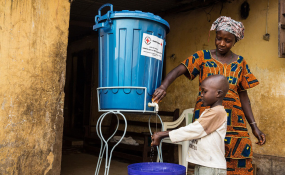 Not one person contracted the disease, but among a control group of unvaccinated volunteers 23 cases did occur, wrote Kieny who led a team at the WHO which took over the study.

“When the next Ebola outbreak hits, we will not be defenseless,” she said, adding that the pharmaceutical giant Merck would seek fast-track approval in the USA and Europe next year.

“We may have a vaccine which is registered in 2018,” Kieny told journalists in Geneva. “They will be able to produce a million in [a] very short period of time,” she noted.

A Texas expert, who did not take part in the study, Thomas Giesbert of the Galverston National Laboratory, said the world appeared to have an effective vaccine to work on after 40 years of uncontrollable outbreaks.

Ebola was first identified in 1976 in the Democratic Republic of Congo and erupted periodically in several hundred cases, mainly across western and eastern Africa.

In Basse-Guinée, researchers used a “ring vaccination” approach by tracing all people who had had contact with the patient at the center of each new Ebola case.

The rings typically comprised 80 people. Some received the prototype vaccine immediately, others after a three-week delay.

When interim results showed 100 percent protection for those vaccinated immediately, all trial participants were given shots straight away.

Among the 5,800 people vaccinated, 80 suffered side effects, which had all been successfully remedied.

Kieny told the German Protestant church news agency EPD that a substance declared to have been a vaccine by Russian President Vladimir Putin in January had proven to have no protective effect.