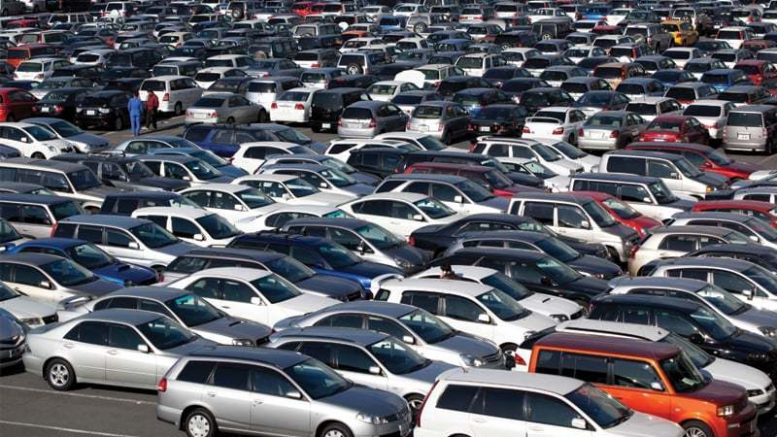 The Public Relations Officer of the Nigeria Customs Service (NCS), Mr Wale Adeniyi, said this in a statement made available to newsmen on Monday in Lagos.

According to the statement, the prohibition order covers all new and used vehicles.

“The ban is sequel to a Presidential directive restricting all vehicle imports to Nigerian seaports only.

Current list of items banned from importation into Nigeria

“The restriction on importation of vehicles follows that of rice, whose imports have been banned through the land borders since April 2016.

“ Importers of vehicles through the land borders are requested to utilize the grace period up till Dec. 31, 2016 to clear their vehicle imports landed in neighboring ports, ’’ the News Agency of Nigeria (NAN) quotes the statement as saying.

Meanwhile, operatives of the customs service carried out anti-smuggling operations that has resulted in the seizure of 29 prohibited items with a Duty Paid Value (DPV) of N1,074,099,739.00 and under payment recovered of over N54 million.

In a statement by Ifeoma Onuigbo who is the public relations officer of  the Federal Operations Unit Zone C, Owerri of the service, it was revealed that the confiscated items include 2,522 bags of 50 kg foreign rice, 61,333 cartons of imported foreign poultry products, 720 cartons of foreign vegetable oil, 1,618 cartons 1,466 pieces of furniture, 269 pieces of unused tires, 59 cartons and 1,964 pieces of spare parts, 39 pieces of used compressors, 29 bales of second hand clothing as well as 480 pairs of used shoes and 9 vehicles of assorted types.