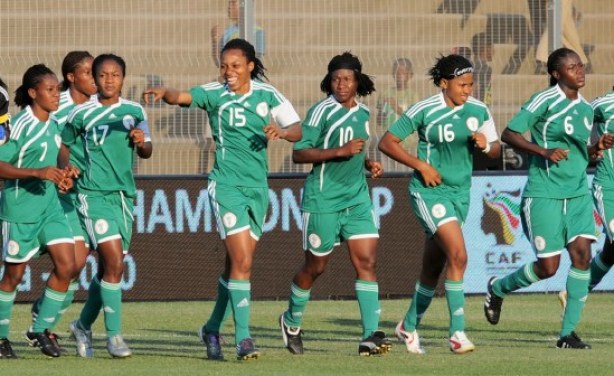 – Super Falcons are through to the final of the 2016 AWCON after beating South Africa 1 – 0 in their semi-final duel on Tuesday, November 29, 2016
– Nigeria will now face hosts Cameroon in the final which will be played on Saturday December 3, 2016
– Cameroon defeated Ghana 1 – 0 in first semi-final decided on Tuesday November, 29, 2016

Nigeria’s Super Falcons have qualified for the final of the 2016 African Women Cup of Nations going on in Cameroon after beating the Bayana Bayana of South Africa 1-0 in a feisty battle on Tuesday, November 29, 2016.

In a hard fought match, the Super Falcons of Nigeria managed a narrow 1-0 win over South Africa in the Women’s African Cup of Nations.

Both sides had chances in the match, with Oparanozie and Okobi only denied from giving Nigeria the lead by the South African goalkeeper. The Bayana Bayana also had a goal disallowed in the first half as both sides went in level at the break in Limbe.