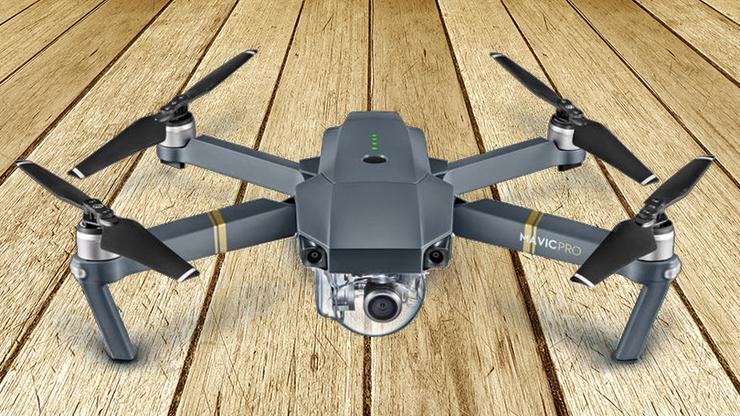 Small drones are the next big thing. New models like the Yuneec Breez and GoPro Karmae emphasize size above all; they fold and fit easily into a small backpack so you can take them anywhere with ease. Now, dominant drone maker DJI is joining the party with the svelte Mavic Pro quadcopter.

The Mavic Pro features a black finish, a stark contrast to the smooth, white lines of the Phantom 4$1,066.99 at Amazon. Its design is more angular, and sits low to the ground thanks to short landing gear and a gimbal-stabilized 4K camera that’s stabilized on three axes and can record 4K video at up to 30fps and 1080p footage at up to 96fps—perfect for smooth slow-motion capture. Its field of view is narrower than the Phantom 4—78.8 degrees versus 94 degrees—about the same as a 25mm lens in full-frame terms.

Three days after disappointing drone fans by admitting a delay in shipping its Mavic Pro photography drone, China-based DJI on Friday announced they’d be shipping pre-orders after all.

“We are working round the clock to get the Mavic Pro in your hands,” Adam Najberg, the Global Director of Communication at DJI, said in a press release. “Please check online for updates on your order status.”

DJI tried to beat Go Pro, its biggest competitor, by launching the lighter, faster and slightly lower-cost Mavic Pro on Oct. 15, about a week before Go Pro was slated to launch its Karma drone. But what it called “amazingly strong global demand” posed some production difficulties for DJI.

DJI, which started out as a drone producer, is trying to strengthen its leadership position in the drone field by offering an action-video camera option. Go Pro, famous for its sports cameras, is expanding into the consumer drone market, which is estimated to grow to $4.8 billion by the end of 2020, from $609 million in 2014.

DJI and Go Pro were once partners with plans to produce a drone under Go Pro’s name. But DJI backed out of the partnership when Go Pro demanded two thirds of the profits, according to DJI’s CEO Frank Wang.